Action on Hearing Loss has put its London headquarters on the market for £11.8m. 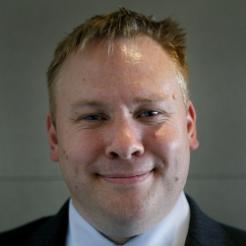 Action on Hearing Loss has put its London headquarters on the market for £11.8m.

Action on Hearing Loss chief executive Paul Breckell told Civil Society News that his charity's board of trustees has decided to sell the freehold of its Old Street property. “We have negotiated a leaseback arrangement that allows the charity’s staff and volunteers to remain in Featherstone Street while we secure a new London-office property,” he said.

Breckell said that for the past couple of years its trustees had been exploring options for its Featherstone Street office and recently “an opportunity has arisen, enabling the charity to capitalise on the value of the property”.

Action on Hearing Loss has an income of £37m, meaning the sale of its HQ has the potential to substantially boost its income.

In March, CSV announced redundancies and plans to sell its HQ and two other buildings worth around £2m.

This story had incorrectly stated that Action on Hearing Loss had put its HQ on the market for £25m it is in fact £11.8m.