£330m from dormant accounts to be spent over next four years 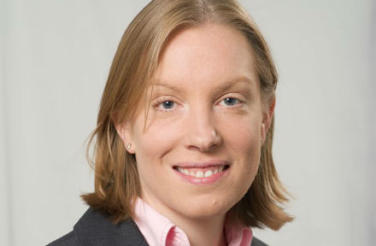 The government has announced how it will spend £330m raised from dormant bank and building society accounts to help good causes.

Around £280m will be allocated to initiatives across England to grow social investment, help disadvantaged young people into work, and increase financial inclusion.

The other £50m will be distributed by the Big Lottery Fund to good causes in Scotland, Wales and Northern Ireland, with each devolved administration deciding how the funds are used.

Of the £280m, around £135m will go to social investment - £125m to wholesaler Big Society Capital (BSC) and £10m for Access: the Foundation for Social Investment, BSC’s sister organisation.

This fulfils a pledge made by the coalition government in 2012 to give £400m to BSC from dormant accounts. BSC has already received £300m.

Last July, BSC lauched a new strategy which said it would focus its investment on supporting communities to improve lives and providing homes for people in need.

A blog on the BSC website says the extra £25m it will now receive will be used to try more innovative approaches.

It says: "The aim will be to address areas of market failure - areas where commercial investors may not know what the real risks are, because they don’t have the evidence or track record to go on.

"We can create exemplar funds, showing what works and what the actual risks are, so that over time the wider investment market will have the confidence to replicate the model, creating a sustainable market in the long run."

It says: "We will blend this £10m with funds from Big Society Capital to focus on providing the sort of finance that many charities and social enterprises, in particular smaller and medium sized ones, most need."

Another £90m will be invested in support of projects that help disadvantaged young people into employment. These initiatives will be jointly designed by the Department for Digital, Culture, Media and Sport (DCMS), the Department for Education and Big Lottery Fund.

The Big Lottery Fund will set out plans for engagement with young people and experts across different sectors on how this money will be distributed early next year.

The remaining £55m is set to be awarded to financial inclusion initiatives which will tackle issues such as problem debt, as well as improving access to financial products and services for those on lower incomes.

This is in line with priorities set in 2008 by the Labour government, in the Dormant Bank and Building Society Accounts Act.

Tracey Crouch, the minister for civil society, said: “By unlocking millions of pounds from dormant accounts for a range of good causes, we can make a real difference to lives and communities across the country.

“This is part of the government’s commitment to building a fairer society and tackling the social injustices that hold people back from achieving their full potential.

“I am grateful to the banks and building societies, as well as Reclaim Fund, for their work to free up these funds for good causes.

“Working in close partnership with the financial sector and civil society, we are determined to help create a country that works for everyone and build a Britain fit for the future."

According to its latest accounts, the Reclaim Fund holds £569m in money gathered from dormant bank accounts. The amount in the pot is likely to keep growing for some years. In 2016, £125m was raised from dormant accounts, and £13m redistributed back to account holders.

Prior to today’s announcement, Reclaim Fund, which was set up by the Co-operative Banking Group to administer the dormant accounts scheme, had transferred more than £362m to the Big Lottery Fund for reinvestment in the community.

Of the £981m it has received since its inception, some £50m has been reclaimed, according to the accounts.

Rob Wilson, the former minister for civil society, claimed on Twitter today that DCMS had had to work hard to secure the right to give away the money from an "overly cautious" reclaim fund.

An account is dormant if no transactions have taken place for 15 years.

The funding distributed today is separate to £2bn of dormant assets identified by the Independent Dormant Assets Commission in March last year, which have also been earmarked for good causes.

The Office for Civil Society said at the time that the unclaimed assets lying dormant in the financial sector could “transform the charity sector” and pledged to consult on how the money should be spent.

A consultation has yet to be published. A spokeswoman for DCMS told Civil Society News: “An announcement on the report will be made in due course.”

He said: “It’s welcome that cash-starved charities will finally get some funding out of a government that’s spent the past seven years cutting them to the bone. But the money on offer is just a fraction of the £2bn boost promised less than a year ago, and two-fifths of it has been announced before.

“The question on every charity treasurer’s lips today is where’s the rest of the money?

“While any new funding is welcome, charities will once again feel short-changed by a government that misses no opportunity to undermine and sideline the sector.”

He said: “The release of further capital from dormant assets is good news, and we welcome the acknowledgement of the role that social enterprise has in solving some of our biggest societal problems.

"We also welcome more money being released into social investment, particularly given the ambition for this to increase the investors’ appetite for risk and subsequently enable greater innovation from across the social sector.

"Equally important and yet missing from the announcement are changes in policy to address the causes of the some of these problems. There is a danger that we are spending money on treating the symptoms and not curing the disease." 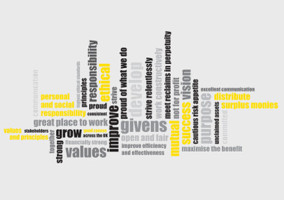