'Commission on the Future of the Voluntary Sector' launches with £100,000 funding from NCVO

Plans for a commission to consider the charity sector's future and continue the work of the Panel on the Independence of the Voluntary Sector have been announced by the Baring Foundation. 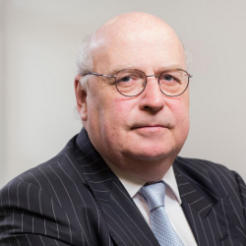 Plans for a commission to consider the charity sector's future and continue the work of the Panel on the Independence of the Voluntary Sector have been announced by the Baring Foundation.

The Foundation, which provided the original funding for the Independence Panel, is looking for financial support from other organisations to set up the commission.  It has already received the support of NCVO, which has committed £100,000 of funding.

Sir Roger Singleton, chair of the panel, said he hopes the commission will work to develop "a new settlement between charities and government".

Speaking at today’s launch of the Panel’s final report, Sir Stuart Etherington, chief executive of NCVO, said: “Whether we are debating the independence of the voluntary sector, the transparency agenda or our right to campaign - many of these challenges are intrinsically linked and it’s clear that the time is right for a substantial commission to look at the future of the voluntary sector.”

“In the same way that the Deakin report was a creature of its time and its recommendations marked a turning point in the history of the voluntary sector, I hope this commission will enable the sector to shape its own future. “

Singleton said in a statement accompanying the launch of the report: “Over each of the last four years, we have seen ever more attacks on the independent voice of the voluntary sector, which makes it harder for charities to seek to make things better for the most vulnerable people in society and creates a climate in which politicians stop listening to legitimate voices and concerns.”

“We’re calling today for a new settlement between government and the voluntary sector. It’s time for trust to be rebuilt.  This means government working with the sector, listening and involving it in decision making through genuine consultation. It also means charities and the Charity Commission taking the lead and ensuring that legitimate freedoms to speak and to act are protected.”