'A shame it took a death’ before fundraising methods were reviewed, Rantzen tells IoF Convention

Dame Esther Rantzen told an audience of fundraisers yesterday that many of their practices were "harassing" and that "it's a shame it took a death" to make the sector realise that it "obviously" needs to change. 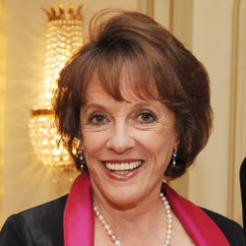 Dame Esther Rantzen told an audience of fundraisers yesterday that many of their practices were "harassing" and that "it's a shame it took a death" to make the sector realise that it "obviously" needs to change.

Delivering the final plenary of the Institute of Fundraising National Convention 2015 in London yesterday, Rantzen (pictured) said: “It’s a shame that it took a death to make something that’s obviously been happening in the sector be brought to light.

“It took Olive Cooke’s death to make us aware that the way we go about getting money isn’t always the right way to do it”.

Rantzen, a broadcast journalist, columnist for the Daily Mail and the founder of ChildLine and SilverLine, said that while fundraising was obviously a huge part of the way in which charities operate, it has become obvious that something in its methods needs to change.

“Fundraising is very important, but until Olive Cooke died we didn’t realise that some of the methods that we use are harassing," she said. "Some of the methods we use may seem like persecution to the person on the other end.

“Do you ever feel sometimes that people are giving just to rid of you?”

Rantzen also said that, in her experience, the media don’t view the voluntary sector as a single entity but instead think that “charities all hate each other. They think that you would rather fight with each other, maim each other, even kill each other,” rather than work together.

“I would suggest that you get on well together," she said, "as you know how important all of your causes are and the more the public believe that, the more we will benefit.”

To change the media’s perception of the voluntary sector and get good news stories about charities onto television, Rantzen said: “Why don’t we pitch a program to the BBC together? It will have powerful stories gleaned from charities and about fundraising successes and ethical issues but it will also be a forum for public complaints.”

“I’m offering you a stick and a carrot,” she said. “It wouldn’t be beyond us to allow every charity a voice”.

Rantzen then christened this show with the working title “That’s Charity Life”.

Rantzen said that her experience of working with ChildLine and SilverLine had taught her that charities - in particular those that work in age-care - operate too heavily in silos. She said more collaboration and working together within the sector could only be a good thing.

Closing the conference Liz Tait, director of fundraising at Battersea Dogs and Cats Home, said that while the sector faced challenges, fundraisers would do well to remember the “joy we can bring”.

“As collective charities, we must get behind our sector member bodies now. We face really challenging times and I think it’s the time for us to come together and fund our sector bodies.

“We must not forget the joy we can bring to our donors. That’s a story that we haven’t really heard much of recently.”