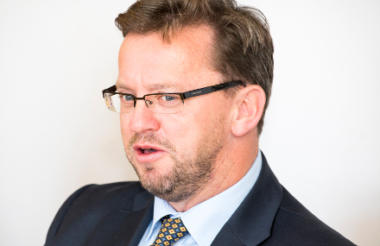 The government should introduce a range of measures to monitor executive pay in charities because “self-regulation has not worked”, a former charities minister has said.

The intervention from Rob Wilson, who was minister for civil society between 2014 and 2017, came after the Telegraph published an analysis yesterday highlighting that over 270 charities pay their staff more than the prime minister.

The Telegraph said these organisations employ more than 2,500 staff members on salaries in excess of £100,000 a year, and highlighted charities including the Wellcome Trust, International Institute for Strategic Studies, Nuffield Health and the Consumer’s Association.

Wilson called on the government to set up “a short review” of senior executive salaries in the sector using unpublished data collected by the Charity Commission, and to amend legislation to make salary disclosure compulsory on charities’ websites and annual reports if they have an annual income of more than £500,000.

He said the Commission should collate and publish this information “with its own observations and guidance” each year.

He also said the salaries of all employees should be published in bands of £10,000, and that those over £150,000 should be benchmarked and justified in the charity’s annual report.

He said this would “make it easier for donors to look at and assess these salaries in relation to donor income” and help to avoid situations like that of Marie Stopes International, which was criticised by the Charity Commission in 2019 for failing to document how it set its chief executive’s £434,000 remuneration package.

“Information can be hard to find”

Wilson wrote: “At the heart of the problem is transparency. Of course, decisions over pay should be taken by charity boards, and some of these salaries may well be justified. But charities must be open about the reasoning behind their pay decisions and in many cases they are not.

“Despite tweaks to Charity Commission data collection and guidance, plus recommendations for change from charity leaders with good intentions, information can be hard to find, and too few big salaries are properly scrutinised, challenged and justified.”

He also said the sector is not good at reforming itself or responding to public concerns. “Some of the larger charities can carry with them an arrogance that suggests that they are above criticism, believing their good work in saving lives and helping people should speak for itself.”

Commission to work with the sector on pay

Helen Stephenson, chief executive of the Charity Commission, also wrote an article in the paper. She said the regulator intends to work with charities on the issue of pay but was “not shy of laying down further requirements, including on pay transparency, if we need to”.

She also said the Commission would launch a project this year “to further improve the public’s ability to hold charities to account, with charities doing more to explain how they are run, and what difference they are making. We want to widen the public’s window into the soul of a charity”.

She added: "All charities should be able to look donors and volunteers in the eye and say how their decisions about pay impacts on the cause they pursue or the people they help.

"Being a charity is a privilege. And all charities need to know that they ultimately answer to the public – as donors, volunteers, and taxpayers – for that privilege."

Few large charities are disclosing salaries on their websites

Charities have faced calls in the past to go further than Charity Commission guidelines in their salary disclosure.

In 2014, NCVO published guidance which called on charities to publish the exact salary of their CEO and to publish full details of senior staff salaries on their websites “no more than two clicks” away from the homepage.

However, research by Civil Society News last year found that less than 10% of the largest 100 charities published the exact salary of their highest earner directly on their website, although a further 42% made it available via their annual report.

Speaking following the Telegraph’s latest coverage of the issue, NCVO’s interim chief executive Sarah Vibert highlighted the finding of its 2014 research that senior staff in charities “tend to earn substantially less than their counterparts in equivalently sized private or public organisations, with a ‘charity discount’ of 25-45% at senior levels”.

She added: “It is important to remember that, among over 160,000 voluntary organisations in the UK, there are a tiny number of outliers who pay higher salaries with the vast majority relying on the dedication of volunteers to deliver their work.

“At NCVO, we encourage all charity trustees to make sure they have a clear process for working out a fair salary and are transparent about for the reasons behind their decisions.

“We believe the overall goal of a charity’s pay policy should be to offer fair, transparent pay to attract and keep appropriately qualified staff to lead, manage, support and/or deliver the charity’s aims.”

Responding to Rob Wilson's proposals on executive pay, a Charity Commission spokesperson said: “We agree that greater transparency on pay is crucial. We’ve already taken significant steps in the right direction – people can now see how many people are paid above £60k, in bands of £10k, for each charity on our online register.

“But as Helen Stephenson’s article makes clear, charities need to go further. They must be able to show how they are making a difference, including how their decisions on pay serve the cause.

“That is why, in the year ahead, we plan to explore further the transparency and accountability that the public expects of charities when they make choices on who to support.

“As part of this work, we will consider suggestions that will strengthen transparency, such as those proposed by Rob Wilson, and if we need to set down further requirements, we will.” 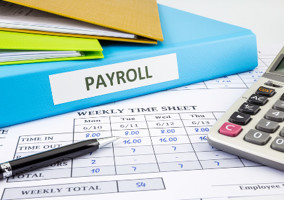 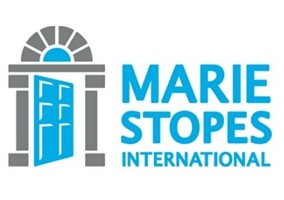 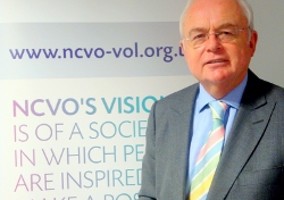