Charities with an income of above £500,000 should consider publicising remuneration ratios between their highest and median salaries to give an indication of pay throughout their organisation, an NCVO inquiry into executive pay has recommended. 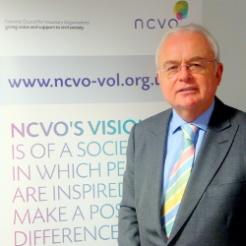 Charities with an income of above £500,000 should consider publicising remuneration ratios between their highest and median salaries to give an indication of pay throughout their organisation, an NCVO inquiry into executive pay has recommended.

The inquiry also recommends that charities should publish full details of senior staff salaries on their websites “no more than two clicks” away from the homepage.

Martyn Lewis, chair of NCVO and chair of the inquiry panel, labelled this the “two clicks to clarity” approach, saying it provided transparency and “put the power firmly in the hands of donors”.

Charities should publish the exact salaries of named senior staff members in an accessible place on their websites, the report says.

The Report of the Inquiry into Charity Senior Executive Pay is published today along with guidance for trustees on setting remuneration.

A summary of the arguments used by the board of trustees to justify the amounts involved and explaining how they reflect the charity’s ethos and values, should be published along with the actual amounts involved, the inquiry found.

“It would give donors speedy access to not only the actual amounts involved, but also the thinking behind them to better inform donors’ giving decisions,” Lewis says in his chair’s introduction to the report. “Some will accept the explanations; others will not.”

Charities are already legally required to provide an indication of the number of staff in pay bands over £60,000 in their annual report.

But some of the people responding to the inquiry thought, wrongly, that charities do not report anything about the salaries of their senior staff.

The information is in the public domain but many people have not sought it, or been unable to find it in the annual accounts, and assumed it does not exist, the report says. “Discoverability is clearly a key issue,” it says.

The inquiry panel included Lord Charles Allen of Kensington, the outgoing chair of the British Red Cross; Alice Maynard, chair of Scope; Ian Theodoreson, chief finance officer of the Church of England and chair of the CFG, and the charity lawyer Lord Phillips of Sudbury.

NCVO launched the inquiry after a number of mainstream media stories were published last summer, notably by The Daily Telegraph and The Daily Mail, highlighting charity chief executive pay.

Other recommendations include that charities with an income of above £500,000 should consider the use of remuneration ratios between their highest and median salaries to give an indication of pay throughout their organisation.

It says charities should consider the “esteem and value”, financial or otherwise, from working for a charity and the impact this may have on setting levels of pay for senior staff. But it is clear that paying a “reduced salary” for more junior staff because of the value of working for a charity should not be applied.

The report says a charity’s remuneration policy needs to have a clear rationale across its entire workforce. “Whatever the intangible benefits of working for a charity, all staff should be paid at or above the minimum wage,” it says.

The inquiry also looked at the use of bonus payments, finding that it appeared very few charities appear to pay bonuses to their staff. The panel says it should not normally be necessary to incentivise senior staff through an explicit incentive bonus payment.

Lewis said in a statement: “Many of the charities the British public are proudest of are major operations employing thousands of people and managing tens or even hundreds of millions of pounds.

“They need highly skilled professionals in order to run to the highest standard possible and make the best use of our donations. But we believe that where they feel they need to pay high salaries in order to recruit the right people, they should be clear in explaining this to donors.

“Doing this will make it clear that we believe in being open and honest with donors. We don’t want anyone ever to be able to claim that charities have hidden or obfuscated information about their salaries. I hope charities will consider this an extra opportunity to explain their work and the difference that they make.”

The report is based on 423 comments on executive pay, including 54 letters and emails from members of the public, 104 comments from charities, and 227 replies to a survey of charities.