Will the female charity leaders PLEASE stand up?

If female leaders are too modest to identify themselves how will we ever get more women into top jobs? Celina Ribeiro says top women in charities need to stand up, literally. 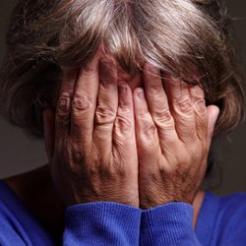 If female leaders are too modest to identify themselves how will we ever get more women into top jobs? Celina Ribeiro says top women in charities need to stand up, literally.

It’s not uncommon in the fair pages of Civil Society’s website and publications for us to report on the disappointing number of women in charity leadership roles.

The stories are so regular they threaten to (and in some dark, musty quarters probably do) induce eye-rolling. About half of the top directors of fundraising at the 100 biggest fundraising charities are women. At 27 of the top 100 charities, women account for less than 25 per cent of the boards. Only 26 of the 100 largest charities have a female chief executive. And so on, and so forth, and so on once again. Patriarchy, what a bitch, eh?

But sometimes us girls don’t help ourselves.

At last week’s Funding Roadshow event, hosted by Action Planning, the sector’s own Doogie Howser – Tom Latchford of Raising IT – conducted his own gender experiment, albeit unbeknownst to the good doctor himself.

“Put your hand up if you’re a leader in your organisation,” he cried out, bouncing across the stage, Powerpoint flicker at the ready.

Slowly but surely a good portion of the ethnically and gender-ly diverse crowd started putting up their hands. There was, it seemed, a lot of leaders in the room.

But Doogie was not content. “Actually, you know what, stand up if you’re a leader.”

One by one the fellas in the room started standing, while the women – bar a couple - quietly placed their hands back in their laps. ‘I’m not Spartacus’, said the female Spartacuses. Just leave me alone to get on with my work.

I looked around, jaw dropped to the border of dislocation. Shocked. Appalled. All that. And then I realised, although the editor of a magazine, I was sitting too.

In the past few months there’s been a chunk of really interesting pieces of research released about how women can sometimes be unwittingly complicit in their professional stagnation. One 18-month study found that capable women in senior positions mitigate their language so as to not offend or outshine colleagues. A recent study also found that women’s preference to working in teams meant that they often opt out of competition for top jobs or accolades, leaving the market open to sometimes less qualified, but more competition-prone, men.

There are multiple issues keeping women out of leadership roles – yes boys clubs and yes employer fears of the chance their female employees might have to pop out for a little while to take care of populating the planet, etcetera. But women can’t let themselves be party to their own invisibility. It’s not about playing macho, it is about taking credit when it’s due. What do we expect if when we have dealt with whatever ‘things’ might have otherwise held us back, and reached career heights, if we don’t actually let ourselves be seen?

And if women in the charity sector don’t start standing up, then god help the poor souls in other, less liberal industries.

Next time ladies, get off the chair. We can’t see you ‘cause the men are standing.