Why Only Connect decided to merge with Catch22

Danny Kruger, outgoing chief executive of Only Connect, says small charities are doomed to operate at the margins unless they unite and work with larger institutions. 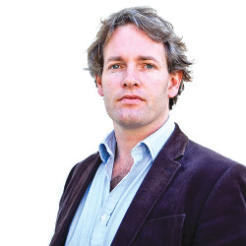 Danny Kruger, outgoing chief executive of Only Connect, says small charities are doomed to operate at the margins unless they unite and work with larger institutions.

This week the criminal justice charity Only Connect became a wholly owned subsidiary of the national charity Catch22.

My wife Emma and I founded Only Connect almost ten years ago. Why are we letting go? We have a good reputation and a great team. We have grown in turnover every year and are just beginning to tap into the sort of large government contracts which, alongside the significant income we bring in from generous individuals, trusts and corporates, makes for a sustainable future.

The reason is we want to do more – and do it safely.

The traditional charity model is ripe for revolution. Trust in charities is at all an all time low, making a focus on good governance and proven impact more important than ever. There is also a systemic flaw in the operating model of charities with high fixed costs relying on unpredictable levels of voluntary income.  This makes it difficult to operate in a business-like and forward thinking way. Charities need to get financially stronger and safer - and the charity sector as a whole needs to rationalise.

There is a desert – littered with the bones of charities that have died trying to cross it - between the small local charities sustained through amateur fundraising, and the large corporate charities which rely on a national brand or major government contracts. A lot of best work is done by charities in the middle – small enough to be flexible, values-driven, and close to the ground, but big enough to have proper management, planning, and connections to the wider public and social sector.

But there is no obvious funding model for these middling-size charities – and certainly not enough access to capital to enable them to cross the desert without dying on the way. As a result we have too many small charities, collectively not doing enough.

Let me put it more bluntly.  As the public sector shrinks, the charity sector needs to take up the burden - but presently it is simply not fit for that purpose.

There are 1300 charities working in British prisons and thousands more supporting ex-offenders and youth at risk. Many of them do great work. But most of them are tiny, and though they are led by committed people, too many are financially precarious, accountable to no-one except a compliant and often non-expert board, with little evidence of impact (and that often dubious), duplicating effort, and utterly unconnected to the wider system of services and other charities working with the same clients.

Small charities are laudable - but unless they work together and with bigger players they are completely inadequate to the challenge our society faces, and doomed to remain at the margins.

I look back on a long and windy road with a lots of mistakes in it, and certainly more stress and difficulty than we ever bargained for – but also some great achievements and, finally, a model and a set of principles that I believe are valuable, enduring, and the basis of future growth and replication.

Funders have a role to play here. I strongly believe that funders' preference for only 'funding the coalface' is actually damaging.  In what business is investment in management, systems, R&D, performance evaluation, seen as a waste of resources? Furthermore, preferencing small isolated charities hinders the shake-out and reform that needs to happen in the charity sector.

We need to see more mergers, acquisitions and partnerships. However, many smaller charities fear losing their identity in a merger. Our deal with Catch22 shows that there is an alternative, one which will foster innovation and provide a platform for growth.

Only Connect’s value is partly in our identity – we are known by prisoners and ex-offenders as an independent, creative organisation, closely connected to our centres in central and west London and to the prisons we work in. Our model is built on the concept of ‘membership’ i.e. our members (we don’t have ‘service users’) belong to the club of Only Connect. We expect members to help themselves and each other rather than rely on staff for all their needs – what we call a ‘handshake not handout’ relationship. It’s important that this remains the core function of the organisation and retaining our identity will help ensure this - even as we grow and roll the model out with support from Catch22.

The value of partnering with a larger organisation is not simply the cash-flow safety the deal offers, or the support we’ll get from their back office.

It’s not even the opportunities for growth through their network of contracts and relationships across the country. The real value is that the deal puts what we believe into action: organisations coming together to make a stronger social infrastructure for the people who need it.

Only Connect and Catch22 are very different in size, scope and history – but we share values and a vision for the future, and that is the basis for a great partnership, and one we believe other charities should seek to emulate.