David Ainsworth: Why is the regulator feeding harmful stories to the Sunday Times? 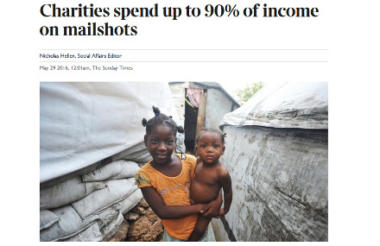 At the weekend the Charity Commission fed information to the Sunday Times which led to a damaging front page article about charities. David Ainsworth asks what the regulator was trying to achieve.

This weekend, the Sunday Times newspaper ran another damaging article about poor fundraising practice - this time about dubious practice at a small number of charities.

It was a story from which no one emerged with much credit – not the newspaper itself, nor the charities and direct mail companies which were the subject of the piece. And not the Charity Commission, which was cited as the source of the story.

The article used data provided by the Charity Commission to identify ten charities which spent most of their money on direct mail fundraising - up to 90 per cent of their income - out of a list of 350 compiled by the regulator.

These charities are fair game for a critical article. The problem is that from this list, the paper misleadingly generalised to suggest a wider problem in the sector – as if all charities were complicit in the same dodgy activities – and we ended up with another harmful story on the front page.

The Sunday Times deliberately selected its headline and slanted the piece to attack the whole sector – presumably because it knew another story about iffy charities would pander to its readers' preconceptions. The writers knew the headline was misleading but not strictly inaccurate, and a sub-editor somewhere figured he could get away with it.

But we all expect newspapers, particularly right-wing newspapers, to write critical stories about charities. The real problem here is that the Charity Commission has fed a story about charities exclusively to the Sunday Times, and thereby caused a negative headline about charities on the front page. For an organisation mandated to promote public confidence in charities, this is odd behaviour.

Being on the receiving end of a damaging article in the right-wing press is a bit like being attacked by a snake. You wouldn’t much like it, but you can’t blame the snake for trying. But if a passing policeman opens the cage door first, you know you’re in trouble.

While the Charity Commission’s part in this story seems to run directly contrary to its directive to increase public trust and confidence in charities, it has achieved another objective – increasing public trust and confidence in the Commission itself. It has created a clear picture that the Commission is tough on underperforming charities. The writer goes out of his way to make that point - almost as if he'd been briefed to.

The irony is that the Commission’s actually done a good job, in regulatory terms. The Sunday Times article refers to a dubious practice which has been around for a long time in the charity world. It essentially involves paying a fundraising agency to raise donations for you, then giving those donations back to the agency to raise more donations. Each time the sums get larger. The agency keeps most of the money. Most of the rest pays salaries at the charity. A small amount gets handed out in grants.

It’s a very iffy process, and people in the sector have been keen for the Commission to take a stronger stance on this for a while. It’s finally doing so.

The problem is the way this information came out. Is it really appropriate for the Commission to release data from a half-finished report exclusively to the Sunday Times?

The Commission says the Times journalist already had the story and they filled in a few blanks. That sounds like a generous interpretation of the facts. The paper itself disagrees. Nicholas Hellen, the journalist involved - not a particularly self-effacing individual - says in his story that the credit belongs to the Commission.

When Hellen came calling the Commission could simply have said that it was an ongoing piece of work and that a full and detailed report will be published in due course. But it appears as if it suited the Commission’s own narrative to be seen to be tough on the front page of a national newspaper.

As a journalist who’s done extensive business with the Commission, I can assure you that the practice of offering reporters exclusive access to half-finished reports is far from normal. Normally you can’t prise this stuff out of them.

But then, a number of times recent weeks the same thing has happened. Previously unreleased information has ended up in the hands of the right-wing press, to the surprise of everyone who’s normally kept in the loop.

This is a brand new tactic from the Commission. It appears part of a campaign to rehabilitate the regulator, after a few years in which its public image has taken a bit of a battering.

In general they are much better regulators than a couple of years ago, although their advice and support sections have been rather hit by budget cuts. But in order to demonstrate their newfound authority, they're making themselves look good at charities' expense.

I understand why there are people at the Commission who've decided to brief The Times, the Telegraph and the Mail. After all, they can be a lot less critical and ask fewer awkward questions than us comparative small fry writing for sector publications.

I’m obviously a bit annoyed at preferential treatment handed out to national papers over trade titles such as this one. Although to be honest it generates good headlines for us if the regulator keeps placing negative stories about charities in the nationals.

I still wish they'd stop, though, because it isn't good for the sector that both they and we exist to serve. 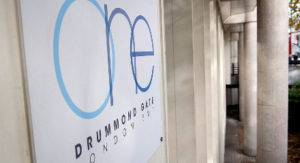 Sunday Times criticises charities for spending too much on direct mail