Why are the poor more generous than the wealthy?

On average poorer people give more of their income to charity than the wealthiest in society. Steven Dilworth of Foresters unpicks why, and if it really matters. 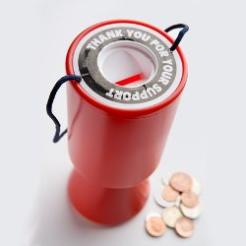 On average poorer people give more of their income to charity than the wealthiest in society. Steven Dilworth of Foresters unpicks why, and if it really matters.

The amount of money donated by the UK’s richest people to charities has risen 21 per cent over the last year to a staggering £1.77bn, according to the latest Sunday Times Giving List. This sounds like cause for celebration, and rightly so; any donation to charity, no matter how small (or large) must be applauded.

Yet a recent article from across the pond has been whipping up a storm by highlighting the ‘confounding’ fact that in 2011, the wealthiest Americans – those with earnings in the top 20 per cent – contributed on average 1.3 per cent of their income to charity, while in comparison the poorest (aka those in the bottom 20 per cent) donated 3.2 per cent of their wages to charitable causes.

This is by no means an American phenomenon. Research a little closer to home (Manchester, in fact) has painted a very similar picture. Speaking at the British Sociological Association’s annual conference in April, Professor Li from the Manchester University affiliated Institute for Social Change revealed that in 2010/11, the poorest 20 percent gave 3.2 per cent of their gross monthly income to charity. In comparison, the richest 20 per cent gave just 0.9 per cent.

It seems the buzzword here is ‘proportion’. While those in higher income brackets often give more to charity in terms of monetary value (the same Institute for Social Change research demonstrates that in absolute amounts, the richest gave an average £31.44 while the poorest gave £6.35), it doesn’t necessarily mean they are giving ‘more’ in terms of their overall wealth. When it comes to charitable giving, the richest sectors of society have been shown to part with a smaller proportion of their income than the poorest.

So why is this? And if the super-rich collectively donate over £1bn to charity each year, does it matter?

It would be a massive generalisation to suggest that poorer people are intrinsically more generous than the rich; as US psychologist Paul Piff told New York magazine, “having money doesn’t necessarily make anyone anything.” Yet at the same time, Foresters research showed that almost half (42 per cent) of low income families (earning £751 - £1,000 per month) were more likely to give to charity during the festive season, compared to 33 per cent of those earning from £2,501 - £5,000 per month. Despite the considerable income gap, Foresters also found that low earners were also twice as likely (6 per cent vs 12 per cent) to set aside money to give to charity at Christmas than high earners.

With the recent passing of former PM Margaret Thatcher, it’s hard not to forget the famous quote "There is no such thing as society". The aforementioned psychologist Piff stated that “the rich are more likely to prioritise their own self-interests above the interests of other people". True or not, one theory might be that the influx of wealth makes some more likely to forget about other individuals and the concept of society in order to focus on their own self-preservation.

Conversely, the less fortunate members of society are more likely to bear witness to the suffering and anguish that charities are there to prevent. Those who have been brought up in a wealthy environment may well have never encountered poverty in real life and are therefore somewhat removed from the situations that many charities seek to abolish.

There are many exceptions to both of these rules, and we should be thankful to the UK’s richest for giving £1.7bn to charity - a huge amount of money that will no doubt make positive changes to many people’s lives. The super-rich aside, the current economic situation means many simply cannot afford to donate to charity, and no-one would suggest doing so if it means you cannot get through the week.

But with hard times comes deeper poverty and increased suffering. Helping others doesn’t necessarily have to be about money – volunteering is a brilliant (and free!) way of helping others and here at Foresters we are immensely proud of all our volunteers who continue to support their local community year after year. However, if you see a collection box for a worthy cause and won’t realistically miss that £1 in your pocket – why not make a donation? After all, we cannot criticise the charitable habits of others if we don’t lead by example.