What are the biggest challenges facing charities right now? 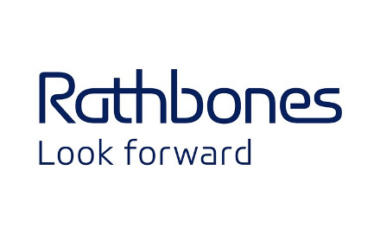 It seems that we are now genuinely living through an era where disruptive change is happening faster than ever, and in which public confidence in charities is at a fairly low ebb.

The safeguarding scandal which began with Oxfam is the latest in a line of reputation-shredding stories to have hit the headlines over the last few years.

I was fortunate to be able to talk to Simon Hopkins, chief executive of Turn2Us, on his views of leadership and governance in these challenging times.

Why have charities got into difficulties?

The public is more sceptical and there’s a thirst for more scrutiny and transparency and a desire to understand how charities work and if things have gone wrong, why have they gone wrong. That is because there’s been a series of high profile, very problematic, very negative stories that have been played out in public over the last few years. Collectively as a sector, we need to respond to that.

What do you see as having been the biggest problems for the sector?

Obviously there are the current concerns over safeguarding. I think there are a number of instances where a charity’s business model didn’t work so well, so financial sustainability suddenly becomes a thing. The data of those who are vulnerable is a massive issue. You’ve got GDPR on 25 May this year. That’s a very important framework and a very important checkpoint date, not just for the charity sector. I think we’re now operating in a different environment.

Is the charity sector just playing catch-up perhaps with the rest of the world to some extent?

There might be an element of that. The sector will always have challenges. The whole digital world is transforming the way we live our lives at breakneck speed, where there is very strong recognition that we have a lot of work to do. Digital is a big challenge for the sector but it’s also a big opportunity and really you have to add that to the fact that the public require much more transparency – they want to know much more about how charities are managed and what the money is being spent on and how the money transforms lives.

This is part of a wider social change; people want more access, not just to information but to insight and understanding. I think charities are actually very well placed to pioneer some really interesting and ground breaking stuff there.

I think it’s both plus general capability. If you look at the some of the perceived failings that have happened in the sector in the last few years, the first question that gets asked is: where was the trustee, where was the oversight? And it’s the right question; you know the buck must stop with the trustees. Large parts of the sector are starting to invest and continuing to invest in really good governance.

One of the ways in which the sector needs to continue to respond to this changed public environment is to really keep investing in great governance and have good broad skills and audits, have diverse trustee boards, really capable and inquisitive sub-committees asking searching questions.

My sense is that this is evolutionary. There have been a number of things that have been really positive: the improvement in investment policies, the greater prominence of finance professionals in senior strategic positions in charities and a very strong and growing emphasis on governance. There is a new Charity Governance Code, written by really well-informed people.

Turn2Us decided to be a very deliberate early adopter of that code and we’re doing a comprehensive audit against the new governance code. We’re going through our whole governance framework as we speak to make sure it aligns in full with the code. Organisations that are more resourced and that are further on, need to share liberally with other organisations.

I think one of the strengths of this sector is actually that we do share when it’s appropriate. Collective wisdom, drawn from the very eclectic range of backgrounds we have in the sector, is going to be more effective in raising standards than if we all go off in isolation.

Yes, the charity sector has always been very good at sharing amongst themselves, unlike in some ways the corporate sector, for obvious reasons. One final question for you, Simon. Can you recall a time when things have been as challenging for the sector as they are now?

Not in my time in the sector. It feels like things have changed. Our relationship with the public, with the media and with the government has evolved over the last eight years but it’s not necessarily all negative. I think it’s about maturing. More and more information is available and transparency is the norm in all walks of life. That has to be a part of who we are as a sector, it’s got to run through the way that we work.

We can’t just not do anything. There are people who need us today and people who will need us tomorrow. Last year Turn2Us helped five million people get information and access when they were struggling. We’ve got to keep going. We have to collectively ask, are there improvements, are there learnings from this?

The ongoing moral conviction and the humility to learn is going to be critical to us moving forward in the third sector.

Civil Society Media would like to thank Rathbones for their support with this article.