James Johnsen: When is total return a good policy for charities? 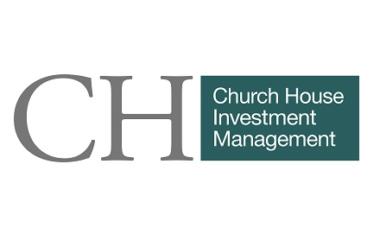 It is hard to remember a time when interest rates followed a more predictive path. A quick glance at the Bank of England’s base rate before its most recent cut in August (to 0.25 per cent) neatly illustrates the conundrum facing charity trustees. The days of anchoring a pension or charity portfolio in a solid raft of gilts and clipping their risk-free coupons have become almost a distant memory.

With the UK benchmark ten-year gilt-yield trading at sub-1 per cent (at time of writing it yields 0.53 per cent), the bond markets seem to be telling investors that we’re all doomed. In countries like Switzerland and Japan, gilt yields have turned negative. Why is this important to investors? Well, for two reasons.

First, there is the bald fact that rather than receive a rate of return linked to a central bank’s base rate, those choosing to lend to that government – which is what buying a sovereign bond amounts to – now have to pay for the privilege (particularly galling for the private investor whose money has probably been taxed by that self-same government on the way round).

Secondly, the base rate sets the fundamental risk-free rate of return and provides the floor off which investors price their return in relation to the extra risk they might be taking over and above this risk-free rate. In a sense, it therefore represents the price of money and sets the benchmark for returns on cash.

The distortions imposed by central banks all over the world since the financial crisis have become more and more magnified. Quantitative easing and all its increasingly creative derivations are but the name for a form of financial repression unparalleled in the modern era, as savers with cash deposits and those contemplating purchasing a pension annuity know only too well. It is also for this reason that so many companies are finding it impossible to fund future pensions for their employees, because buying guaranteed income returns for these future pensioners has become so exorbitantly expensive.

Charity trustees, with operations that also need consistent funding from their endowments irrespective of economic conditions and central bank interventions, face difficult choices as to how they direct their investment managers. Chasing income to the exclusion of all else can lead a portfolio manager down some dangerous paths and into higher risks than they may appreciate. Supplementing lowered income returns from capital on the other hand can lead to depletions, which become difficult to replace – and perhaps harder to justify to the donors they are wooing. Many therefore now pursue what is termed a total return approach as a means of providing for their needs in a measured way.

In brief, a total return approach in this context takes the average of the total capital and income return over a cycle, say five years, and pays out a proportion of that amount leaving a margin for comfort.

Smaller charitable foundations can find it hard to raise new funds in the competitive marketplace that is philanthropy today and therefore need their existing endowments to work as hard as possible to provide for their needs. They also cannot afford to take too high an attitude to investment risk. For these sorts of endowments, we will often argue for the adoption of a flexible total return strategy. This is best served by a multi-asset class approach with a strong bias towards capital preservation. By minimising the correlations and co-variances between the asset classes that we invest in on behalf of charity clients, we can significantly reduce the risk and volatility the endowment may suffer.

Some funds use a total return approach where income is largely reinvested within the portfolio to boost returns, rather than reserved for paying out. As a result of this vital and active process of compounding, positive returns are crucially enhanced. Inevitably, there is a strong focus on managing assets at the lower risk end of the spectrum, such as cash, specialist money-market instruments including floating rate notes (deemed near cash), gilts, bonds, index-linked stock, infrastructure assets, property and similar with only modest exposure to higher risk assets such as equities at the other end of the pie.

One such fund achieved annualised volatility over five years (as measured by annual standard deviation of monthly performance) of 3.4 per cent (compared to the FTSE 100’s 11.7 per cent volatility) and a total return of +24.2 per cent (compared to the FTSE’s 15.6 per cent). In other words, a performance just over 50 per cent better than equity market returns for less than a third of the volatility of those same equity markets. We know this risk/return profile provides a source of great comfort to trustees.

For larger charities, able to contemplate a longer investment time horizon and higher level of risk for at least part of their endowment, then equities can, and I would argue should, form a much more significant weighting. First, equities have traditionally provided a good hedge against inflation and, secondly, strong and growing dividend streams from solid companies can form an important part of the total return. But here again, a total return approach can prevent chasing dividend yields to the exclusion of other sorts of returns and being led into the many income traps that are now opening up where dividends are cut, share prices fall, and value is destroyed.

Although there is a certain complacency about inflation and its several measures (CPI, RPI, etc.), there can surely be no doubt that, with central banks the world over stimulating all the conditions, eventually inflationary pressures will build. It is therefore vital for a charity to build inflation hedges into their investment strategy at an early stage, ie before they become too highly priced. This inevitably comes at the expense of income returns and again supports the total return approach.

In summary, with lower for longer remaining the guiding mantra for central banks in the main economies of the industrialised world (ie the Federal Reserve, the Bank of England, Bank of Japan and the ECB), the total return approach to providing for the liquidity needs of charities looks set to win favour among charity trustees.