Time for fundraising and charity organisations to merge?

Does the charity sector need quite so many bodies representing and regulating its activities? Paul Amadi thinks not. 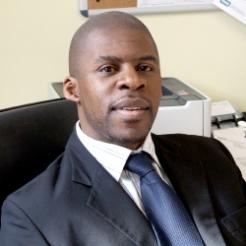 Does the charity sector need quite so many bodies representing and regulating its activities? Paul Amadi thinks not.

During my five years as a trustee of the Institute of Fundraising, the latter two as chairman, a regular item on the board agenda was our relationship with other sector bodies.

Typically (and appropriately), the debate would be about how we could work collaboratively with our colleagues at the Public Fundraising Regulatory Association, the Fundraising Standards Board and others. But when I look back on these debates now, particularly from the perspective of a director of fundraising with a squeezed budget and an expectation of utmost efficiency in our use of our supporters’ money, I wonder whether it’s not now time for the sector to start asking itself some overdue questions about whether our regulatory framework is still fit for purpose.

This year the NSPCC will pay subscriptions to the IoF, the FRSB, pay a charge per donor to the PFRA and technically, as we have a small number of shops, we should be members of the Charity Retail Association. In total, we’ll pay out close to £100,000 of our supporters’ money to the organisations above and I’m sure other large charities face similar bills.

Surely the time has come to ask: is this sustainable, is this is right and how would donors feel about this if they knew? Is it not time we had a grown-up and transparent debate about whether this is working for everybody outside of these organisations?

Should there not be a dialogue about whether the PFRA and the Charity Retail Association should and could merge with the Institute of Fundraising? Undeniably each body has a job to do but could it be done more efficiently in a merged body?

The same question could be applied to the FRSB, whose self-regulatory function could arguably be recreated by the IoF. On cost grounds alone there are compelling reasons to explore this as an option. In 2009, according to it’s annual report, only 19 of all the complaints received by the FRSB were dealt with at an official level, and of those none went to board adjudication. Which, given the annual running costs of the FRSB are approximately £570,000, means each complaint resolved by FRSB officers and the charities themselves and not adjudicated at board-level costs about £30,000.

Of course self-regulation must continue but the IoF’s Standards Board has developed a set of highly-respected and vital codes of fundraising practice which in due course will lead to higher standards and greater conformity to the very best practice.

Self-regulation absolutely depends upon voluntary, co-operative effort by IoF members without whom the
codes would not be created. Those standards highlighted in the codes need not rely for their maintenance on a bureaucracy whose purpose is to sit in adjudication when those odes are breached. I cannot believe that our sector cannot find a group of expert individuals who would sit on a small but perfectly-formed independent panel and adjudicate on appeals for free.

After all, given past experience, they would not have to meet very often.

To be clear, while advocating debate around merger and reform, I do so mindful that some of the activities of the individual organisations above will need to continue. But sharing back-room functions – let alone savings on buildings and numerous chief executives and support staff – will result in cost savings. Ought not one subscription for one organisation be the order of the day?

And while posing these questions, there’s an even more fundamental issue to address: One day, I wonder whether Acevo, CFDG and the IoF could eventually form an Institute for all those that work in charities. Could Charities Aid Foundation re-merge with NCVO giving the latter powerful independent resources and therefore be better able to represent us all?

Maybe one day, maybe not yet.

Still, our leaders should certainly be thinking about the future landscape of our wonderful sector.

Paul Amadi is director of fundraising at the NSPCC and a trustee of the Institute of Fundraising. He is writing in a personal capacity.