The challenge of reducing disaster risk: 'Why are you here?' 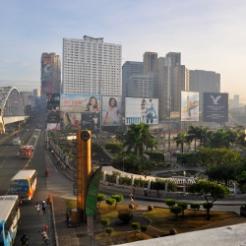 I’m writing this blog from the Philippines where our charity is currently establishing operations.  If you read my last blog you’ll recall that, in contrast to our previous work in Haiti, we’ll be focusing our efforts here on proactive disaster risk reduction (DRR) rather than response and recovery.

As I discussed last time, DRR aims to prevent disasters from happening in the first place and this presents its own unique challenges. For example, in response to a disaster, particularly one accompanied by high-profile media coverage, donors can be motivated to give generously in support of relief efforts.

In contrast, the point of DRR is much less obvious than providing food aid, medical care and shelter to those visibly affected by a recent disaster. Unlike with disaster response, the results of DRR are intangible and not immediately visible. This can make funding DRR seem less rewarding or even less important than response work.

The less obvious and indirect nature of DRR doesn’t just give pause to those funding projects however, it also influences affected communities as well as local and national government agencies.  In the aftermath of a disaster the need for external support is usually obvious.  As a result the presence of international organisations and volunteers is much more likely to be welcomed without question.

However, in the case of DRR, questions like “why are you here?” are much more likely to be raised by local residents and officials.  Without the urgency of a disaster driving things forward bureaucracy can be left to proceed at its own pace and this can lead to frustrating delays.

Contrasting the start of our work in Haiti with starting work here provides a useful example.  During our work in Port-au-Prince we were able to start implementing projects quickly because the devastating effects of the 2010 earthquake necessitated speed.  Our early impacts in turn helped demonstrate the value added by our continued presence.

By contrast here, without the urgency of a recent disaster, we’ve had to tread more carefully before starting to welcome volunteers and deliver services.  This is why much of the month we’ve been here so far has been spent criss-crossing Manila to attend meetings about our plans and file paperwork with different government agencies.

This has been frustrating at times.  For example, we’ve applied to the Securities and Exchange Commission (SEC) to register our charity as a legal entity and obtain a business license. This is a critical first step in operating but in order to file with SEC we first had to apply for an endorsement from the Department of Social Welfare and Development (DSWD).  Once our SEC application is processed we then have to go back to DSWD to apply for full registration.

To put this into context, in the UK this would be the equivalent of having to obtain pre-approval from the Charity Commission before incorporating with Companies House and then applying again to the Commission for full charitable status.

In addition to these national agencies we’ve also met with various local authorities such as the mayor of our municipal area and, beneath him, two separate “Barangay (or village) Captains” to ensure everyone is happy with our presence and planned projects.

All of this form-filling and presenting of credentials has been time-consuming when what we really want to do is to get started with project delivery.  However, it’s worth remembering that undertaking this process is not just about being “allowed” to do DRR - it’s also a critical part of DRR in itself.

What I mean by this is that working with, rather than bypassing, local institutions has value in itself.  For example, Haiti has often been referred to as a “republic of NGOs” with hundreds, if not thousands, of organisations operating there unofficially and without any government registration even before the earthquake.

From one perspective concerns about the effectiveness of the Haitian government made such unofficial operations necessary in the first place.  However, at the same time, with so many groups bypassing the government it’s not hard to see how Haitian institutions were further weakened as a result.  Subsequently, when the earthquake struck, local capacity was then even less able to cope.

Of course Haiti and the Philippines present very different contexts and challenges – they can’t really be compared like for like. However, contrasting the two does present a great reminder that government and civil society should ideally complement rather than undermine one and other.  After all, if our efforts weaken local institutions they will not only be unsustainable but risk doing more harm than good.