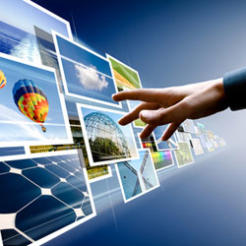 Last week Kirsty Weakley spent a day immersed in all things digital transformation at CharityComms' conference. She picks out the key themes that emerged.

1.Focus on the users

This one came up again and again. It sounds simple, but the truth is that many charities’ websites have previously focused on the organisation’s internal priorities and not those of the charity’s beneficiaries and donors.

Claire Hazle, head of digital at Marie Curie, said that the charity’s old website was quite cluttered, with competition over which departments have space on the homepage.

“We turned that on its head,” she said. “We are now taking a user centred approach and focusing on how people wanted to find information.”

2. Understand what ‘digital transformation’ means for your charity

There are several different forms digital transformation can take, such as improving internal processes, finding new ways to fundraise, or developing new services for beneficiaries, so it is important to make sure that you are clear about what your organisation expects from digital.

3. Don’t expect the rest of the organisation to find it easy

There might be an acceptance that digital transformation is inevitable, but that doesn’t mean that people who work for your charity have to like it.

Russell Davies, director of strategy at the Government Digital Service, said that: “It is not complicated; there is no special secret. It is just difficult and you just have to get on with it.”

Hazle from Marie Curie said that the “transformation process can be quite scary - people think we are trying to replace them with a machine,” and that cultural change takes a long while.

While some digital teams do sit within the IT team, others sit within communications, marketing or fundraising. Wherever the team is located the digital team needs to be involved in as many conversations as possible.

Helena Raven, head of digital at NSPCC, said that she had found that “technology is the last thing that people want to hear about”.

She added that it was vital to spend time with individuals to understand their needs and priorities are. “Once we understand what everyone cares about we can make them care about digital,” she added.

Davies from GDS said that: “IT should report to and support digital.”

5. Use data and evidence to convince people

It’s hard to argue with the facts, so instead of just insisting that digital is new and wonderful, provide statistics about users and offer examples of digital transformation projects at other organisations.

Hazle from Marie Curie said: “It is really important to ground everything in evidence - if you have got data it is hard to argue against it.”

Raven from NSPCC said: “Taking it back to data is the best way to win an argument.”

She advised digital leads to be the people with statistics at their fingertips.

Davies from GDS said that the government's digital transformation programme is saving £56m per year.

If trustees, senior management and other stakeholders can get excited about a project it makes it much easier to get their support.

Marie Curie produced an animation to explain what a digital transformation could do for the charity.

At NSPCC Raven said that bringing things to show the board helped. “What I found with my board was that the moment they started to engage with it things fell into place,” she said.

“It is not always about telling people you have to do stuff - let them have a go.”

7. Get visible support from those at the top

By getting the chief executive, other members of senior management and trustees excited about digital projects it not only helps to get them off the ground in first place but also encourage the whole organisation to get behind a project.

The Children’s Society has been running a Digital Lunch Bytes sessions to help staff learn about digital. Karina Brisby, director of digital, said that having the chief executive, Matthew Reed, attend the sessions helped encourage others to do so as they saw him “leading by example”.

8. Test ideas and get feedback as you go

Sometimes the only way to find out if something will work is to test it.

Raven from NSPCC said that while you “need to evidence every single step” sometimes you have to “pick a project you feel confident and go for it”. She added that “being honest about failure” was important to build the credibility of the digital team.

Damien Austin-Walker, head of digital at vInspired, advised adopting an agile approach when it comes to developing digital products.

He contrasted this to a ‘waterfall’ project where user testing is the last-but-one step, and often too late to fundamentally change anything. He said that by building rough versions of products and then testing, and then building up the quality with each iteration, “agile welcomes change at any point, it welcomes feedback early and often”.

Digital transformation is a process, not a goal. None of the speakers at last week’s conference professed to have finished transforming.

Raven from NSPCC said that it is “not a journey that you get to the end of”. And Hazle said that Marie Curie was still working to “get it embedded across the organisation”.

Even Davies from GDS, which has won awards for its digital transformation, said “we still have a lot of work to do”.

He added that digital "makes it possible to make your product better" when previously marketing "differentiated between parity products".

10. Aim to scrap the digital strategy

Once digital is widely embedded across all areas of the charity a separate digital strategy will no longer be necessary.

Hazel said that: “We should be getting to the point where we don’t have a digital strategy but a business strategy with digital running through it.”