Tabitha Cave: What charities should know about safeguarding and protecting people

Safeguarding is an important topic at the moment so Tabitha Cave from VWV looks at the latest regulatory guidance and what charities should be doing. 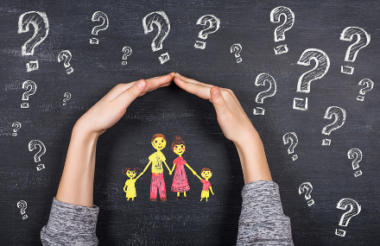 Public trust and confidence in charities has diminished since 2014 in the wake of controversies surrounding Age UK, Kids Company and most recently Oxfam.

Expectations of moral leadership by trustees are high and were reinforced by a safeguarding alert and new guidance issued by the Charity Commission to all charity trustees last year.

These set out the Commission's view that safeguarding is an issue for all charities, not just those working with children and vulnerable adults, and make it clear that the Commission considers that the concept of safeguarding in the charitable arena relates to the protection of people generally from harm, rather than being limited to the protection of the vulnerable.

The Commission now expects all charities to have appropriate safeguarding arrangements, including a policy on how safeguarding is managed as set out in its safeguarding guidance and particularly in its 10 actions trustee boards need to take to ensure good safeguarding governance.

This guidance marks a step change for the charity sector and many commentators have questioned the Commission's authority to impose these additional obligations which seem to extend beyond those otherwise imposed.  Such powers derive from trustee duties to act in a charity's best interests, the common law duty of care and the Commission's regulatory function under the Charities Act 2011 to investigate and take action in respect of misconduct or mismanagement.

The Commission (and if necessary the tribunals and the courts) are entitled to rely on sector guidance as evidence of good practice and, while compliance is not of itself mandatory, it will clearly help to demonstrate that minimum legal obligations to take reasonable steps to protect people from harm have been met.

The Commission updated its own safeguarding guidance once more in August 2018 and has set 4 basic expectations of charities:

Charity professionals have expressed that a good safeguarding culture is a critical enabler to a safe and trusted environment and one which some charities can fall down on, suggesting it is an aspect which  trustees should focus on.

In order to assess their charity's culture, trustees will need to measure things as they are with a view to assessing the current position and monitoring change over time. This can best be done using a number of different metrics, including statistics about recorded issues, stakeholder confidence (for example from discussion/surveys/appraisal) and third party data, including inspection reports, audits and feedback; and triangulation of data from these different sources.

It is good practice for this to be done at least annually and for this exercise to be led by the trustees themselves, so that they can help to identify and monitor trends and take appropriate action in the light of these and any expected changes. The Commission expects "line of sight" management of safeguarding by trustees and records of the steps taken, although it accepts that a reasonable and proportionate response is required. This should be determined by a proper consideration of the charity's activities as a whole (including any fundraising, donation and use of its premises).

This is an advertising feature