Franziska Jahn-Madell: The importance of stewardship in investment 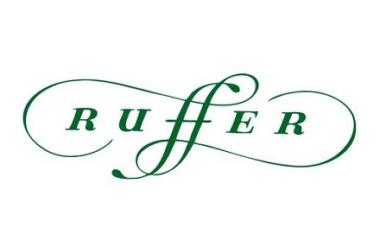 Franziska Jahn-Madell explores whether the concepts of stewardship and responsible ownership are gaining momentum in the UK.

Economist Rudiger Dornbusch once said: “In economics, things take longer to happen than you think they will, and then they happen faster than you thought they could.” The first version of the UK Stewardship Code was published in 2010 by the UK’s Financial Reporting Council (FRC). The code was issued in response to criticism about the role played by institutional investors in the run-up to and during the 2008 financial crisis, and was aimed at improving the quality of engagement between investment managers and companies.

Following the publication of the UK code, other countries followed suit with their own versions including the Netherlands, South Africa, Switzerland, Canada, Japan, Kenya and Italy. Stock exchanges in other jurisdictions have taken the lead by implementing mandatory or voluntary listing rules focusing on environmental, social and governance (ESG) issues as is the case in Malaysia, Singapore, Hong Kong and Mexico. The focus is to encourage companies and investors to incorporate some form of stewardship into investment decisionmaking process.

Shareholder spring, summer – and autumn next?

In 2012, there was a notable breakdown in discussions between several corporate boards and institutional investors over concerns that companies were persistently rewarding executives with mult-imillion-pound bonuses despite anaemic performances. This breakdown and several subsequent voting outcomes at the AGMs of large listed UK companies led to the so-called shareholder spring.

In October 2013 the UK government responded by giving shareholders an additional tool by introducing binding votes on companies’ pay policies every three years. With regards to executive pay and collective shareholder stewardship the proof will be in the pudding when shareholders vote on the second round of binding votes in 2017. A foretaste of possible things to come could already be observed during the 2016 voting season. Shareholder disapproval was felt at many AGMs such as BP, Shire and Smith & Nephew, all of which saw their remuneration reports rejected by a large number of their shareholders.

Does the change in voting habits shown by the example of executive pay warrant drawing the analogy further, and concluding that stewardship and responsible ownership are now taken more seriously at investor and asset owner level? If one trusts the increasing number of signatories to the UN Principles for Responsible Investment (PRI), (as of April 2016 the PRI had 1,500 signatories from over 50 countries, representing USD 62tn assets under management), or the rapid adoption of the stewardship code in Japan, it may be concluded that stewardship responsibilities such as active voting, placings of shareholder resolutions, collaborative engagement with other shareholders or engagement with policy makers and industry groups are indeed integrated more strategically into the process.

Being able to pool resources and combine ownership stakes for the purpose of engagement can be very effective for investors, especially since it can take months or years to achieve an outcome from such engagement efforts. Shareholder stewardship in general, and ESG engagement specifically, may be seen as an integral part of the investor toolbox for managing risk, advancing ethical values or international norms, and contributing to more sustainable companies. It is a long-term process, which requires a structured approach and patience.

A charity can actively align its core values with the fundamental practices inherent in responsible ownership and stewardship by including them in the investment manager selection process. A good place to start is to formalise a responsible investment policy by identifying core high-level beliefs. It is likely that the responsible investment policy will be informed by these beliefs and strategic investment approach. Charities may want to seek to select managers who are committed to both the integration of ESG factors into their investment process, and who conduct active stewardship with the companies they invest in on their behalf. Charities concerned about responsible ownership should enquire whether a (prospective) manager’s voting and engagement activities are in line with their expectations. To ensure that ESG-related criteria are systematically applied, co-operation between the charity and the investment managers is required to ensure that this is fully integrated into the investment manager’s investment process.

As a next step it may be important to understand whether the investment manager discloses these activities in a timely, meaningful and robust manner. Furthermore the charity may want to monitor if investment managers escalate engagement where there are concerns in regards to a company’s performance, strategy, governance or the management of environmental or social risk. To further a charity’s intrinsic values investment managers may be encouraged to engage on a charity’s behalf. Positive cooperation between a charity and their investment manager with regards to stewardship activities such as such active voting and goal-oriented engagement can challenge and change corporate conduct, channel innovation, increase risk awareness as well as extend the communication and implementation of a charity’s fundamental beliefs into their investment decision process.

The regulator is naming and shaming laggards

Outside the manager appointment process charities will also be able to understand the level of stewardship an investment manager undertakes once the FRC publishes the results of its review. It announced in December 2015 that it would undertake a review of the Stewardship Code’s signatory statements to distinguish those whose reporting is of high quality and those where improvement is required.The review will conclude with assessing and rating fund managers on their level of engagement with the UK’s Stewardship Code. The regulator will rate fund managers as tier 1 if they are meeting all requirements and tier 3 that are failing to do so. The review aims to improve the quality of reporting so that asset owners can understand the approach to stewardship of the manager they are employing.

Future launches of Stewardship Codes in several countries including Singapore, Brazil and South Korea are part of a broader move towards global adoption of stewardship rules, as regulators increasingly recognise the role of investors as enforcers of improved corporate governance and responsible corporate behaviour. The concept of stewardship is further strengthened by regional mandates such as the European Shareholder Rights Directive and global standards such as the G20 OECD Principles of Corporate Governance.

Where are we now?

The corporate and investment management worlds are undergoing a seismic shift. Sustainable or responsible investing is crossing the so-called chasm into the mainstream of the investing world. Being a signatory to the PRI is no longer a nice-to-have but a necessity, especially when managing monies for charities. But while enormous progress has been made in this regard, there is clearly more still to do.