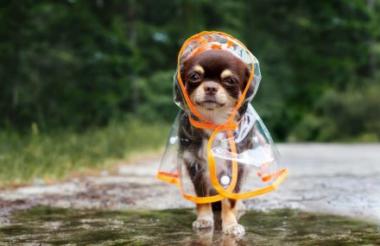 Civil Society Towers is very serious place, filled with cries of “scoop!”, “I’m reworking the lede!” and “nope, you can’t say that, it’s libellous, do we need to have that little talk again?”

But Diary never allows its personal obsessions to seep into its editorial content. While the majority of the editorial team who aren’t currently trying to have a summer holiday in the rain may be dog-owners, that has no bearing on the following content.

Anyway, on with Diary.

Everybody knows that nothing nice ever happens on Twitter.

And yet, somewhere between the insults and the snark and the cancellations (no, I’m not 100% sure what those are either), Diary has some happiness to report.

It was World Dog Day (which is always impawsibly cute) and we got to meet Fenton, who is beautiful and evidently wants to be left alone to sleep in a sunny patch.

But wait! In the next tweet along here was Toby, who like all the best-trained dogs has his own couch all to himself.

But double-wait! Could Fenton and Toby be … related?

They certainly looked uncannily similar, and it fell to our old friends from the Dogs Trust in Ireland to rifle through their files and confirm that Fenton and Toby are in fact brothers.

Long-lost doggy brothers! Two dogs united by the wholesome strength of Twitter, in a rare break from racism and anger. It warmed Diary’s heart.

And Diary would stress that, should anyone be planning to make an expensive blockbuster film about the entire thing, we are available for voiceover work at very competitive rates. It would be a perfect end to the tail. (Sorry).

In other good dog news, Diary has learnt that there is a new charity on the scene. The Thin Blue Paw Foundation has just been registered, with the mission of looking out for serving and retired police dogs.

In what can only be viewed as a pup-tastrophe of the highest degree, the charity says its work is needed because retired police dogs do not receive financial support in their retirement from the force they served with.

Diary wishes for these high-ranking doggos to have retirements filled with long walks, treats, ear scratches and good health, and is pleased to see them getting the support they deserve.

And as much as a mention in Diary is surely one of the highest accolades a charity can receive, we have also learnt that the chair of the trustees at the charity, PC Dave Wardell, has actually had some pretty major legal successes.

He helped with the introduction of The Animal Welfare Bill, known as ‘Finn’s Law’, to prevent those who attack or injure service animals from claiming self-defence.

The law is named after Finn, a police dog who was stabbed whilst pursuing a suspect with Wardell.

To top off this paw-posterously impressive achievement, Diary has also learnt that Finn, now retired, has been made an ambassador for the charity. A pat on the back for all those involved.

Anyway, it is almost time for a bank holiday. Diary wishes its readers every joy for an extra day off. It is miserable weather so you'll be stuck inside. Have a party! Go wild. Raise the … woof.