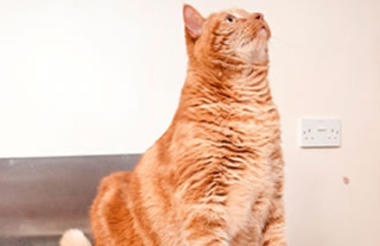 Therefore, Diary will be hotfooting it across the road to Sainsbury’s for a spot of panic buying. The shopping list includes: ice cream, a hazmat suit and the Friends DVD boxset.

In case Diary starts missing the office, the editor has also boxed up a year’s worth of Charity Finance magazines to read during seclusion.

Anyway, this week we look at how Hugo Boss (formerly known as the comedian Joe Lycett) has been making a stand for charities, and report on this year’s pet slimming competition from PDSA.

In true commitment to a cause, a comedian has changed his name from Joe Lycett to Hugo Boss, to make a stand for small organisations and charities.

Hugo says that the company Hugo Boss has been sending cease-and-desist letters to small businesses and charities who are also using the word "boss" in their names.

“Unfortunately for them this week I legally changed my name by deed poll and I am now officially known as Hugo Boss. All future statements from me are not from Joe Lycett but from Hugo Boss. Enjoy.”

Diary secretly has its fingers crossed that Hugo Boss the company will change its name to Joe Lycett in retaliation. An infinite loop of name-changery.

Diary should also mention that in an unyielding search for the truth, we felt it necessary to reach out to Hugo for comment. As you can imagine, Hugo had a busy week. But luckily for us, we stumbled across this clarification on his Twitter:

“I have had a lot of press requests for statements today. I will now make a number of statements which I REALLY hope do not get confused with the opinions of @HUGOBOSS. Just to clarify these are the statements of Hugo Boss, not of Hugo Boss.”

We hope that clears up any confusion that readers might have.

Now time for the return of one of Diary’s favourite initiatives: PDSA’s Pet Fit Club.

For 15 years the pet charity has been helping podgy pooches, fat cats and flabby bunnies shed the pounds.

The personal stories behind the participants are heartwarming, tear-jerking and utterly compelling.

Last year Bourneville the cat took part after he “once stole a chocolate chip muffin and ate the entire thing” – what do you expect if you name him after a dark chocolate bar. He then switched to a low calorie pet food, shed the pounds and regained the ability to jump on furniture. So success for everyone.

Meanwhile, last year's overall winner Luigi used to struggle to keep up on walks, but after adopting a healthier diet now has much more energy.

His owner Perrie admits that some of this energy is still used for seeking out food.

She said: “We got married earlier this year and put Luigi in a home boarding kennel for a few nights, but while he was there he managed to break into the locked utility room where the food was kept. They found him head-first in a bag of food! We don’t know how much he managed to eat but he didn’t lose any weight that month.

“On another occasion he also managed to steal a birthday cake I’d made and left cooling on the kitchen counter before I decorated it! He ate about half of it before I found him, and my poor husband was left without a birthday cake, as I had no time to make another.

“Apart from those slip-ups he’s been brilliant. He’s so much more agile now, and full of energy.”

To enter this year’s contest owners need to sign their pet up by this Sunday.

If you need a little inspiration here a couple of before and after photos. 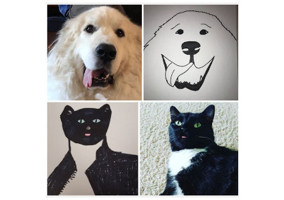 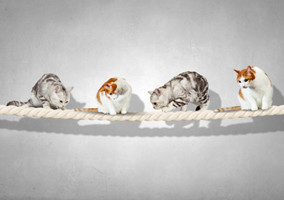 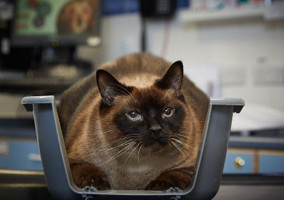 Society Diary: PDSA’s annual search for the UK’s fattest pet is on again