AI could flip the entire grant-making model on its head, says Rhodri Davies 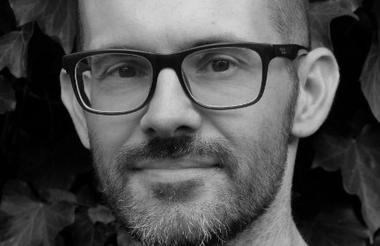 Will the ability of Artificial Intelligence (AI) to automate an increasingly complex array of tasks and processes make certain jobs, even entire industries, redundant? It is easy to dismiss this sort of talk as overblown, but the futurist Roy Amara famously pointed out that whilst we tend to overestimate the impact of technology in the short term, we also tend to underestimate it in the long term, so it is worth taking such concerns seriously.

To date no one seems to be suggesting that automation will put paid to grant-makers; but is that because grant-making is immune to the effects, or simply because we haven’t really thought about it properly yet?

There is certainly scope to follow the lead of other sectors and use Robotic Process Automation (RPA) to improve efficiency within grant-making operations. A lot of this doesn’t actually require AI, but AI-driven developments in areas like image recognition and natural language processing have made it possible to automate more and more tasks; including ones previously thought impossible without human involvement.

This is not going to make grant-makers redundant. In fact, the immediate effect should be to lift the burden of repetitive or data-heavy tasks off human workers and thus free us up to focus on higher-value activities such as relationship building (or even, God forbid, allow us to have more time off from work…). In their new book The Smart Nonprofit, authors Allison Fine and Beth Kanter describe this as the “dividend of time” that AI and automation can bring.

Some AI tools may also enhance human-to-human interactions. A growing number of transcription and translation services, for instance, are helping to overcome language and accessibility barriers and make events and meetings more inclusive. Benefits like these might provide a real incentive for grant-makers to at least explore the AI possibilities that are already out there.

Many new AI productivity and accessibility tools have been made possible by huge advances in Natural Language Processing (NLP - the application of AI to interpreting and producing human languages).  Algorithms like OpenAI’s GPT-3 have gained attention for their ability to write in a way that is virtually indistinguishable from a human, but NLP’s potential applications run much deeper than that; and may have particular relevance for grant-making. NLP could, for instance, enable funders to move away from rigid form-filling application processes (which are known to disadvantage smaller organisations and marginalised communities) by making it possible for grant applications to be made in everyday language (in writing or verbally) but still captured systematically.

More radically, perhaps, it could flip the entire grant-making model on its head. Since NLP systems are increasingly good at interpreting natural language as well as generating it, they can expand the range of data that can be harnessed for other AI applications. Traditionally, to apply an algorithm required a “structured” data set in which entries had been formatted and labelled in the correct way (often by laborious human involvement). However, NLP can allow a lot of that process to be automated, so that unstructured data in the form of everyday language can be easily turned into something a computer can understand and use. This means that media reports, social media and similar sources can now be used as data sets. Funders might, therefore, be able to draw on a far wider range of sources to help identify “under-the-radar” groups and organisations and actively reach out to them (rather than putting the onus on them to make a grant application).

So far, so benign. But is it still possible we could take automation further and make grant-makers themselves redundant? Perhaps. If, for instance, we were able to harness data on social and environmental needs to identify where action was most needed, and data on the social impact of interventions that could address those needs, and use an AI system to devise the most effective matching of one to the other; perhaps we could develop a hyper-rational model of philanthropy based on “philgorithms” – algorithms that could replace subjective choices on where to allocate resources with wholly data-driven decisions. In this scenario there might be no further need for human involvement in the process of allocating philanthropic resources.

Similarly, as more and more real-world objects come to have ‘digital twins’ (online versions that replicate their features and properties exactly), new opportunities for experimentation, modelling and making data-driven predictions will emerge. In medical research, for example, AI is enabling scientists to model complex process such as protein folding in ways that were never previously feasible. It may be possible that as our ability to model complex social and environmental systems improves, we are likewise able to identify and test interventions digitally to identify the best way to address issues in these areas. Given that experimentation and innovation have traditionally been presented as key strengths of philanthropy, would grant-making therefore become increasingly obsolete?

For many this is almost certainly a step too far toward a techno-dystopian vision of philanthropy, where all elements of heart have been stripped out in favour of head. And the good news is that it probably won’t come to pass. When computer systems were developed in the 1990s that could consistently beat even the best human chess grandmasters, many thought competitive chess would die. But then an interesting thing happened: it was discovered that whilst machines would always beat humans on their own, the combination of human and machine was often stronger than a machine on its own. So a new model of hybrid or “centaur” chess was born. And a similar thing may prove true in many other fields, including philanthropy. We will undoubtedly discover new capabilities as a result of AI; but the real strength will come from combining those with human curiosity, intuition and problem-solving. So for my money, the likely future is not replacing human grant-makers with AI systems, but combining them in a new form of “centaur philanthropy”.

What should NPC be doing?

New technologies like AI open up all kinds of opportunities, but it can be hard for charities to cut through the hype and understand how these tools might be relevant to their work. New Philanthropy Capital (NPC) can play a crucial role here by demystifying emerging tech, highlighting the ways in which it is already being used in the charity sector, and helping organisations to get to grips with how they gather and use data so that they are in a position to take advantage of new possibilites when the time is right.

Rhodri Davies is a philanthropy expert, researcher and commentator. His essay is part of NPC’s series of blogs published to celebrate its 20th anniversary.