Rachel Rank from 360Giving urges the next government to make better use of data to meet manifesto commitments about supporting communities. 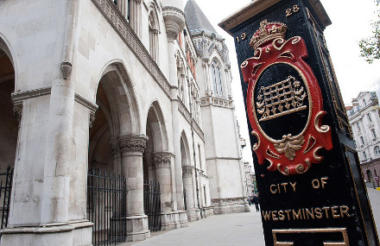 In the run up to this week’s general election, a running theme among the manifestos and pledges of the UK’s major political parties has been to support communities in need.

The Conservatives have pledged £500m for disadvantaged people and youth clubs, to end rough sleeping, and a Cultural Investment Fund to help bring communities together. Labour’s recently published Civil Society Strategy pledges more grants for smaller projects and a Community Innovation Fund. The Liberal Democrats have focused on protecting sports and arts funding, and services for people with learning difficulties and/or autism.

Families increasingly depend on charities

With public services stretched, a vast amount of the communities in question are accessing services through the voluntary sector. Nine out of 10 families have accessed charity services at some point (74 per cent between 2017 and 2018), with children and young people being the most common recipients, according to research by the Charities Aid Foundation.

Now more than ever, the government needs to understand and support the voluntary sector, estimated by NCVO and ONS to have contributed £17bn to the UK economy in 2016/17. A significant barrier to this, however, is that the government doesn’t have a full picture of the sector’s size or scale, or even which organisations the government itself supports.

Many of the charities that people benefit from or volunteer with are grassroots and hyperlocal. They go ‘below the radar’ because, with their income under £5k, they are not required to register with the Charity Commission. They are important and well-known in their local communities but are not included in wider research on UK civil society.

Nine out of 10 families have accessed charity services at some point.

There is currently no robust, comprehensive data on where and what the government funds. This is problematic not only because we should be able to hold the government accountable for its spending, but also because government needs this information to understand its impact, spot trends or gaps, and strategically plan future funding. Other funders need this information too if they are to maximise their own grantmaking.

Another issue is that government grants have dwindled. Government grant giving peaked in 2003-2004 at £6bn but has now dropped to around £3bn a year. There has been a shift from giving grants to awarding contracts, which limits small voluntary and community sector organisations’ ability to apply due to complicated tender procedures and not having the required cash flow. A recent example of this involves the National Citizen Service and its dispute with the Challenge, which led to the charity’s collapse.

What needs to change

Improving the commissioning and funding environment for the voluntary sector is something that charities minister Baroness Barran has said is a priority in the recent policy paper #OurCivilSociety. When it comes to data, government should take its cue from the UK’s leading independent funders and publish all its grants data in a standard, open format, making it possible for anyone to find out who is funding what, where and what for.

By making this data available in the same way, it can be looked at in aggregate, compared with other funding streams and more easily combined with other data – such as location and deprivation – to enable new and important insights.

There is currently no robust, comprehensive data on what and where the government funds.

Growing numbers of independent funders are using the 360Giving data standard to publish data about their grants. Now, with tools such as GrantNav and 360Insights, it’s possible to search, compare, combine and visualise data on £30bn of grants awarded to 200,000 organisations working across the UK.

The data being shared in the 360Giving data standard tells us a lot. Bearing in mind the Conservatives’ pledge to end rough sleeping, we can see from research by NPC that grants from independent funders related to homelessness are rarely large-scale, multi-year grants. They are usually less than £10k per year, for one year, making it hard for the grantees to plan ahead. How are these grants complemented by government funding? Is that funding longer-term? Which organisations receive it and to do what? We can’t easily find this out, but this basic information is crucial if we are going to end rough sleeping through more strategic and targeted funding.

When it comes to the running theme in party manifestos of ‘bringing communities together’, while much has been said about supporting ‘left-behind’ communities, there has been little in the way of granular analysis of their locations or characteristics. Research commissioned by LocalTrust responded to this issue with ward-level analysis to assess civic assets, connectedness and engaged communities. Drawing on diverse datasets including 360Giving data, LocalTrust has developed a new community-needs index. This work complements research by the Young Foundation looking at community strength, which found a pattern of places that continue to be under-funded by the philanthropic, charitable and public sectors.

These research efforts would be boosted if the government shared better quality data. It has committed to publish its grants data to the 360Giving standard by March 2020. We are hopeful for this, despite a false start in 2018, when a poor quality dataset was released for grants awarded in 2017-18. This was missing basic details such as the organisations that received the grants.

If there were more of a culture of using data in government, the need to publish good quality data would be more keenly felt. Using and publishing open grants data needs to be a priority for the next government if it is to implement its pledges and assess its progress with addressing the many societal challenges we face today. 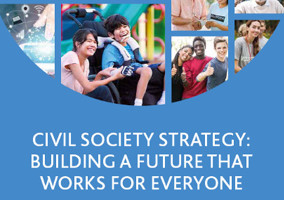 One year on from the Civil Society Strategy, charities say it's time for some action 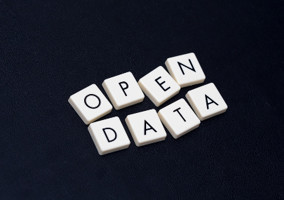