As head of finance at a large grantmaker, Jackie Turpin congratulates the Charity Commission on powerful new investment guidance that should encourage trustees to think outside the box. 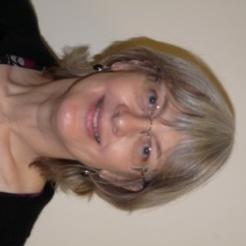 As head of finance at a large grantmaker, Jackie Turpin congratulates the Charity Commission on powerful new investment guidance that should encourage trustees to think outside the box.

I have to admit that the prospect of reading the revised CC14 Charities and Investment Matters: A guide for trustees was not the most exciting thing on my to-do list.  But as I read through it I felt my level of excitement rising.  Far from being a dry, directional guidance note, it is a powerful, enabling document.

For me there are three particular aspects of CC14 which stand out.

The first relates to what is clearly a significant change in emphasis in CC14 regarding investment and trustees’ responsibilities.  Despite ongoing legal developments, including the infamous Bishop of Oxford case, the temptation for many trustees has been to play safe and to invest in what CC14 defines as financial investments, ie in investments which yield the best financial return within the level of risk considered to be acceptable.  To date, many foundations have paid little attention or only lip-service to ethical and social investment.

However, in expanding CC14 to include programme-related investments (to further the charity’s aims, not to generate a financial return) and mixed-motive investments (that has elements of both financial investment and programme-related investment), the Charity Commission has deliberately not made any value judgements about which approach should be taken.  As Jane Hobson, head of policy at the Charity Commission, said on this website this month: “So long as trustees follow the principles set out (in CC14) and can clearly demonstrate having properly considered all the options, including taking advice where necessary, they are unlikely to be challenged or criticised for their investment decisions”.  This should bring comfort to trustees considering different types of investment proposal.

While it would not be appropriate for trustees to throw caution to the wind, CC14 does free them up to think more widely, in the context of the aims of their particular charity, about the investment options open to them. Provided that they act within the law (including their governance documents) and properly manage risk, there is no reason why they should rely solely or in part on financial investments to discharge their fiduciary responsibilities.  In fact, at the other extreme, it may even be argued that they are failing in their duties if they only consider these investments.

It is to be hoped that, as a result of CC14, trustees will be encouraged to be more adventurous in thinking about how they invest, especially in respect of ethical and social investment.

The second thing that stands out for me relates to the Charity Commission’s receptiveness to mixed-motive investment which, as an investment type, is still in its infancy.  When it talks about these investments, it is as “new and developing investment opportunities” which “can still be justified as being in the interest of the charity”.

For those who have put off looking at mixed-motive investment (or indeed programme-related investment) because they have been uncertain about its acceptability, the message from the Charity Commission is clear.  While CC14 does not absolve trustees of their fiduciary responsibilities in this area, it is not something that charities should feel that they have to avoid.  In fact CC14 goes as far as to positively say that it “could be an appropriate way for some charities to respond to the changing environment in which they work”.

Those currently involved in mixed-motive investment will already appreciate the challenges of developing appropriate frameworks for evaluation, monitoring and reporting.  However, the fact that the Charity Commission recognises that this is not a long-established form of investment and, by implication, one that is still finding its way, should provide them with the encouragement to explore new opportunities and to come up with solutions.

Finally, my third highlight relates to the Charity Commission’s laudably clear guidance on ethical investment and shareholder activism. Specifically it suggests that, subject to legal requirements being met, a charity “might invest in companies whose environmental policies it does not approve of in order to encourage more responsible business practices within those companies”.  This actively encourages trustees to think about their reserves not merely as a financial resource-generating machine but also as a much wider tool which can used to generate public benefit in other ways.  It allows charities to reap a double harvest.

This not only applies to operational charities.  Endowed grantmaking charities, which may well have more opportunity to lead on this, may consider working with their grantees to see if, in addition to generating grant funding, there are ways in which their endowment can support their work, for example, in supporting shareholder resolutions.

The above only touches on some of the positive aspects of CC14.  The Charity Commission is to be congratulated on producing a guidance document which is not only progressive but encourages thinking outside the box on a number of investment issues.  At a time when charities need all the help that they can get to achieve their aims, it should be warmly received.