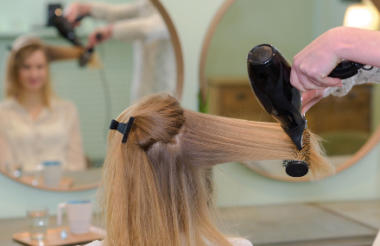 After Civil Society was sent a survey saying that charities are less trusted than hairdressers, Kirsty Weakley delves into the reasons why.

For the second time in the space of a year we’ve been sent reports revealing that the public trust hairdressers more than charities or charity chief executives.

Well this isn’t news to me. In fact it is perfectly obvious when you think about it, mainly because in order to let someone waving sharp, pointy objects near your head you need to trust them.

The latest report out yesterday is from Pro Bono Economics, who surveyed 2,000 people and found that while 45 per cent of people say they trust hairdressers, 26 per cent say they trust charities.

Doctors top the list, with 69 per cent of people saying they trust them. They’re followed by teachers (56 per cent) and scientists (52 per cent).

Charities are actually in the top half of the table. Politicians came last, with just 4 per cent saying they trust them. Just 7 per cent say they trust journalists, which - since I am one - leads us to the question of who is reading this blog, and why. Maybe you're all in that 7 per cent.

But how helpful is this? About as helpful as anti-humidity taming spritz after it’s been raining heavily.

As you can see hairdressers have the power to cause you actual physical pain. Very few charity chief executives have actually been in a position to stab, burn or otherwise harm you.

Aside from the physical harm thing, hairdressers also have the power to make you look a lot better, or a lot worse. So you’d be mad to just sit there and allow someone to start hacking away at your hair if you didn’t trust them.

Not a fair comparison

Apart from generating headlines I’m not sure that it helps to compare trust in different sectors.

It isn’t as though there is a limited amount of trust to go around. Trust in charties and their leaders shouldn’t really be affected by how well people get on with their hairdresser, how nicely they’ve been treated by estate agents or whether a politician has just broken a key election promise.

Trust in the sector is more likely to be affected by things charities actually have done, or are perceived to have done.

There are also very different things associated with hairdressers and charities. When people think about hairdressers they’re reminded of quite shallow things like their appearance. Getting your hair done is supposed to be a nice treat – there’s often the option of a glass of wine and some calming music playing in the background.

Basically it’s supposed to be a positive and uplifting experience – a hairdresser’s job is to make you feel good about yourself, and willing to part with a sizeable chunk of cash every six to eight weeks.

Familiarity is key to trust

People trust other people, so again it's not really fair to compare a broad sector with one job role. People also trust people they know, or think they know more than a vague concept of a charity chief executive.

Everyone knows what a hairdresser does – they wash, cut, colour, blowdry and repeat.

Most people actually know a hairdresser, meaning they associate a real life smiley face with the concept.

People are confident that they could talk you through a hairdresser’s day. Hairdressers might get in touch to explain that there’s much more involved, but that doesn’t matter – people think they understand.

The same is true for doctors. People instinctively think they know what a doctor does day-to-day, even if the reality is more complex.

By contrast charities do a range of different things, have a multitude of structures and roles within them. I'm not sure that many people instinctively know what an average charity or charity leader does day-to-day.

I’m not even sure I could tell you what an average day is like for a charity chief executive.

And while most people benefit either directly or indirectly from a charity, people’s concepts of what a charity is can be quite out of step with reality. I was recently speaking to someone who said “Well if it doesn’t do a bake sale it’s not a proper charity”.

This issue has been around for a while. It’s a bit of a vicious circle: charities don’t explain what they do, the public hangs onto its out of date concepts, the press points out that charities have changed, the public gets outraged and the sector sticks its head in the sand. Then they wonder why trust scores aren’t as high as they’d like. 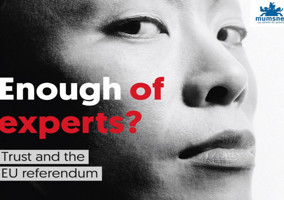