Kirsty Weakley urges charities to get to grips with the diversity challenge. 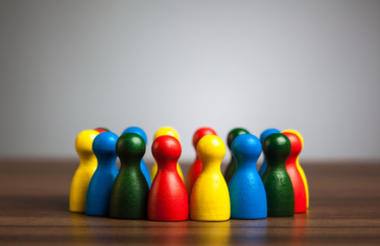 There has been a lot of talk about diversity in the sector recently. Faced with undeniable evidence that large parts of the sector continue to be white, male and, well, stale, it is easy to call for something to be done.

It’s even easier to suggest that someone else, like the Charity Commission, should be the one doing it. But this isn’t really about regulatory compliance. It is about making sure that charities are operating effectively, sustainably and ethically.

It shouldn't be the regulator’s job. The sector itself should be bending over backwards to sort this out, and fast.

That’s why I was disappointed when Sarah Atkinson, director of policy and communications at the Commission, told delegates at Civil Society Media’s Trustee Exchange conference that some leaders had said there was no realistic prospect of change without compulsion.

Atkinson said that she found this feedback “sad”, which is understandable. And I'm sure that if the Commission was to compel charities to include a statement on its diversity in their accounts or via the annual return, there would be plenty of complaints about additional burdens on overworked trustees.

The sector is clearly struggling with the issue, which I suspect is why some leaders say the Charity Commission needs to intervene.

Yet it can be done. Earlier in the day delegates had heard from a panel of experts at organisations that are leading the way on diversity and inclusion in other sectors.

The key message from this debate for me was that, like so many other things, improving the diversity of charity trustee boards and leadership teams is really about changing culture and behaviour.

It’s important to take a minute to understand what we mean by diversity. The word covers a lot of things: gender, race, sexuality, class, and disability. In essence though, if you are a trustee and are not a 60-year-old white man, then you are probably ticking the ‘diverse’ box.

Rachel Osikoya, head of diversity and inclusion at the Maersk Group, summed it up nicely when she said that “diversity of thought” is what matters.

This ensures that there is an appropriate level of challenge around the board table to make sure issues are picked up and dealt with sooner rather than later.

And having diversity at all levels of the organisation can ensure the charity better understands and reflects its users’ needs.

Panellists offered a number of tips for creating a diverse workforce.

Melanie Dawes, civil service gender champion, said leadership from the top is important to drive change. “It is about behaviour, and about how senior people behave,” she said.

And Osikoya said it was essential that leaders have “bought into the business case”.

Paul Deemer, head of diversity and inclusion at NHS Employers, stressed the importance of getting the recruitment process right and advised it should be a “values-based approach”.

And Mark Lomas, head of equality, diversity and inclusion at HS2, suggested finding ways to make leadership more “accountable”. He highlighted that pay-related performance objectives could help push people in the right direction.

‘Diversity and inclusion’ are often lumped together, but it’s important not to forget about the second half.

It is perfectly possible for organisations to be diverse, without them necessarily being inclusive.

Sir Ken Olisa, chair of the Shaw Trust, recalled how he was aware of a senior leader who had left a top job “because she didn’t feel like she fitted in”. She was Muslim and the department’s way of celebrating success “involved a huge amount of alcohol”.

Diversity is not about replacing the old white men, but welcoming more people into the sector.

The government has already made it mandatory for all organisations with more than 250 employees to report their gender pay gaps, and has hinted that it may expand this to cover race.

Gender pay gap reporting certainly doesn’t address all the problems, but it has shone a light on the issue, forcing charities among others to promise to change recruitment process and look at the way they treat women.

By comparison to other sectors, charities came out of this quite well, but I’m not sure the same could be said for race or disability.

A question leaders should be asking themselves right now is ‘if beneficiaries and supporters were aware of the issue, what would they say?’

There are already a number of initiatives under way. The Institute of Fundraising has launched a diversity panel and Acevo is doing some work about the practical steps to increase BAME representation in leadership roles.

Don't want for the regulator to interene - charities can and should take action now, in order to show that the sector is capable of becoming broader, more welcoming and more reflective of the society it seeks to represent. 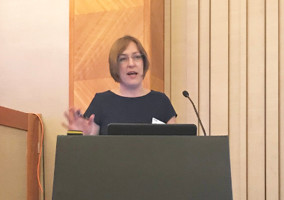 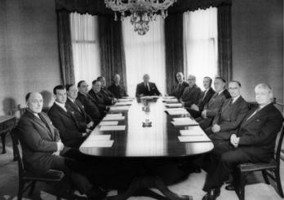