With big and small charities shaking up their brands, Kate Plummer goes behind the logos to see what makes a successful rebrand. 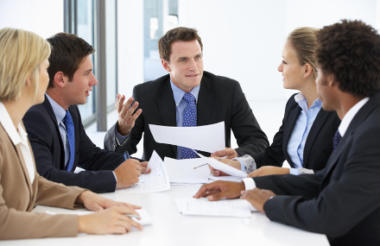 “If a brand is weak but the charity has a good programme, it’s not selling itself to its audience,” says Rob Kelly, communications lead at Frontline AIDS. His charity underwent a major rebrand in February, changing its name, logo and strategy.

From attracting donors to working with beneficiaries, branding plays an important role in cementing a charity’s place in the sector and its ability to carry out its objectives. Charities must regularly adjust to reflect internal and external contexts. Sometimes, this means a new strapline is rolled out, or a logo is given a lick of paint. But often, charities will undergo a total rebrand.

With the risk of alienating existing support ever present, what motivates a charity to discard their old image in favour of something new? Some charities rebrand to reflect deep structural changes in a charity. When Alcohol Concern and Alcohol Research UK merged in November 2018, it was clear that the resultant organisation was different. Alcohol Concern focused on campaigning while Alcohol Research UK, unsurprisingly, focused on research. So, they became Alcohol Change UK (or ACUK).

“We decided very early on that our new organisation needed a new brand to help us deliver on the new charity’s ambition,” says Maddy Lawson, communications manager at the charity.

The charitable cause can also lead a charity to change its image. Frontline AIDS rebranded due to changes in the cultural perception of HIV and AIDS. Kelly says that due to progress made in fighting AIDS, the syndrome has fallen off the global agenda and the momentum to “finish the job” has “lost its energy”.

Money was also a deciding factor. The charity rebranded to “diversify income”, since its income model shifted from aid and government grants to general fundraising.

Once a charity has decided to rebrand, the process is important. Frontline AIDS conceptualised the rebrand in two phases: development and implementation. In the development phase, the charity interviewed 280 stakeholders, including donors and target donors to measure external perceptions of the brand, and to source ideas about what needed to change. Kelly says the quality of this initial research was “absolutely crucial”.

Charities can then create their new designs. For some, this means recruiting an external branding agency to further development. Frontline AIDS wanted to work with an agency that would be able to work fast. It chose the branding agency Brandpie as it liked that the agency had mainly worked with corporate clients in the past. Kelly said the charity valued “an outside perspective” from the sector.

ACUK invited various agencies to pitch their ideas to the charity. “We were looking for an agency that would challenge us, keep us realistic and work creatively and collaboratively with our small team,” Lawson said.

With or without agency support, tough decisions on design are then taken, dependant on the needs of the charity. Sue Ryder rebranded in September 2018 because it wanted to raise awareness about its new bereavement services. The charity kept the logo because “it was recognisable and already known by healthcare professionals, people we care for and supporters,” said a spokesperson.

LGBTQ+ charity akt, on the other hand, changed its name and logo to lower-case last month due to “a combination of avoiding the acronym appearing too ‘corporate’ and creating something that visually was a little more unusual,” said Matt Horwood, assistant director of communications at the charity.

Then there’s phase two: implementation. For akt, this involved creating a teaser campaign on social media to start conversations about what the brand was doing. This “went down really well with our supporters online,” said Horwood. Next, the charity notified the media via press releases, and sent newsletters to stakeholders. “We also unveiled a large banner on Canal Street, in Manchester’s Gay Village,” Horwood said.

The Canal and River Trust underwent a similar process, but kept its new logo a secret from stakeholders until the brand was officially launched. It then decided to roll out the new visuals in a two-to-three-year period, replenishing stock and merchandise as it runs out, rather than replacing it all immediately.

Kelly agrees that implementing a new brand is an ongoing process. “These things are rarely fully done,” he says.

In undergoing a successful rebrand, charities must be prepared for the challenges that they may face. The spokesperson from Sue Ryder said a notable difficulty was “getting input from all area of the charity without it becoming design by committee”.

Smaller charities may face the inverse issue. Horwood notes that akt started its rebrand before there was a communications director at the charity, and it could not benefit from huge resources.

Meanwhile, as the Canal and River Trust wished to keep their new logo secret, this threw up problems of its own. Reflecting on the experience, Nicky Wakeford, head of marketing and supporter development, says: “This was extremely difficult as we were ordering thousands of new uniform and signs, getting vans rebranded, and organising picnic events across the country for our colleagues and volunteers.”

So, what makes a successful rebrand? The charities are united on it being about strategy. Lawson says: “A good brand should be a reflection of and tool to achieve a charity’s mission. In that way it’s vital – but not for its own sake, and not without the strategy and action to give it substance.”

Kelly agrees. “Too often brands are just about logos and colours and this is where they fail to reap rewards,” he said. 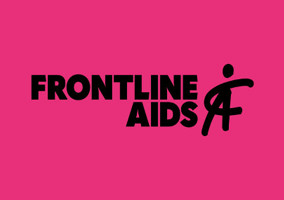 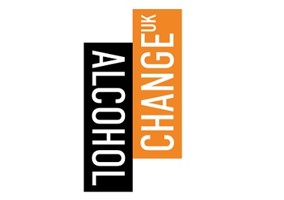