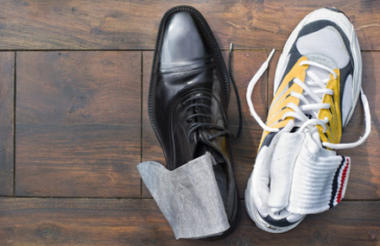 Kate Massarella from Bird – an organisation founded by Hannah Massarella that promotes and facilitates self-care and wellbeing in the charity sector – hears from charity directors about their self-care strategies, and about the importance of leading by example.

A recent report commissioned by the UK government has highlighted the ‘significant mental health challenge at work’ faced by organisations and society in general, identifying the need for a change in attitudes and behaviours in the workplace. Many not-for-profit directors are all too aware of workplace mental health challenges, both in relation to their own struggles and those of employees.

"I’ve had my own experience of almost burning out," says Philip Goodwin, chief executive of VSO. "If you’ve had that it makes it very alive to you."

Directors like Goodwin therefore see themselves as having a dual responsibility, to both their own self-care and the wellbeing of their teams.These two areas of responsibility are sometimes considered separately, with the focus of staff wellbeing being on support programmes and policies that encourage positive behaviours.

However, as Hannah Massarella from coaching organisation Bird explains, "if the senior members of an organisation are saying one thing and doing the opposite then the message about the importance of self-care is going to be weakened."

Practising what you preach

As chief executive of the Charity Finance Group, Caron Bradshaw has had first hand experience of the impacts of not prioritising self-care.

"I was doing 16 hour days," remembers Caron, "I was trying to fill every gap that was existing around me and what I realised is when I did that, the cost to me mentally and physically was huge."

But along with the personal costs, Bradshaw noticed that her behaviour was having a huge "knock-on cost" on her team as they "felt that they also had to more than pull their weight because they didn’t like to see me like that."

This highlights the need for those in leadership positions to prioritise self-care, both for their own benefit and the benefit of their teams. The behaviour of senior team members influences organisational culture, and so even the most progressive policies around wellbeing and self-care can become obsolete if staff observe their directors acting in contrary to them.

Positive modelling can incorporate a wide range of behaviours, including maintaining a good work/life balance, taking time out when needed, being open about personal struggles and emotions, and allowing yourself to be vulnerable. This can take a lot of courage, but the impacts on culture can be huge.

After chief executive of Touchstone, Alison Lowe, suffered a personal bereavement, she decided to use the workplace counselling service, sharing her experience with the wider organisation and putting it on the company website "so everyone could see that I was open about my mental health." Alison believes that modelling behaviour in this way creates a "culture where people can talk about their health, wellbeing - mental health in particular" and her organisation has won awards for its staff support.

One of the core elements of self-care in relation to work is ensuring that a balance is struck between the work life and home life. However, what constitutes work/life balance can differ significantly between individuals.

For some such as Goodwin this is about being "pretty strict about how those two things are separated out, so that you keep the safety of the home space". This involves creating "a completely different environment, so you’re not looking at messages at 10 o’clock at night". For others this balance can be less clear-cut.

"I don’t think it means separating yourself or isolating yourself from the charity [or] having a wall between personal and private," explains Mark Flannagan, who at the time of speaking was chief executive of Beating Bowel Cancer, "it’s just about looking after yourself".

"Looking after yourself" can involve a range of things from protecting time with family and friends to having outside interests such as music and drama. Whatever it is, it requires ongoing diligence, prioritization and taking personal responsibility for your own wellbeing.

The symbiotic nature of physical and mental health is being increasingly acknowledged and is something that not-for-profit directors are paying more attention to.

"My experience over a number of years of people who end up being quite unwell both mentally and physically is that the two go hand in hand. If you’re not looking after yourself mentally it often follows that you don’t look after yourself physically or vice versa", explains David Prince, people director at the MS Society.

As such, maintaining physical health is an important part of directors’ self-care strategies. This includes eating well and doing physical exercise such as running and cycling.

"A big part of my self-care is the pleasure of running; the feeling of being fit and healthy and active but also the emotional benefits that it has", says chief executive of Arthritis Care, Judi Rhys.

Getting regular massages and maximising the amount of sleep are other strategies that the directors have for maintaining both physical and mental health.

Self-care strategies extend beyond the ‘life’ part of the work/life balance. Not-for-profit directors highlight the importance of building self-care strategies into the workplace and working practices as well. One of the most important aspects of this is taking breaks and time out when needed.

"It doesn’t have to be massive", says Bradshaw, "it might be going for a walk around the block or it might be watching a bit of comedy on YouTube".

This might include working from home for the day in order to get that extra headspace – something that some directors encourage other people in the organisation to do.

Creating this space within the working week enables people to gain more perspective and ultimately do a better job and be better leaders.

"I say to people, when I’m at home I have got a list of things to do but I’m just creating space, to get some thinking done," says Mark Flannagan.

Self-care in the workplace is also about knowing when to get help and drawing on support from colleagues and networks, and from professional help available.

Engaging a coach or counsellor, or getting involved in mindfulness courses or training on self-care can have the dual benefit of improving personal wellbeing and demonstrating the benefits of such services to employees, as in Alison Lowe’s case.

Drawing on networks of people in similar positions also provides support, particularly among charity leaders, who can find themselves feeling lonely and over-burdened with responsibility.

"I have people who I trust and I was able with a colleague the other week to say 'I feel a bit shit at the moment'. And we compared notes," explains Mark Flannagan, "We need to build up trust in our friendships, we need to be supportive."

Although these self-care strategies won’t remove the everyday stresses and difficulties of working within a non-profit organisation, they enable individuals and the organisation as a whole to cope when issues arise.

By focusing on personal self-care strategies and modelling them to staff, not-for-profit directors are able to build this resilience both for themselves and for the organisations as a whole. This makes people more healthy, more productive and able to separate themselves from the jobs and causes that they are dedicated to.

This article is the second in a series developed as a result of in-depth interviews commissioned by Bird and conducted with leaders of not-for-profit organisations on the subjects of self-care, wellbeing and staff development. The articles bring together the key themes shared by these leading practitioners, offering insights into their perceptions and approaches and providing a valuable tool for those wanting to improve wellbeing in the not-for-profit sector.

Kate Massarella is an independent social researcher writing on behalf of Bird: an organisation that promotes and facilitates self-care and wellbeing in the charity sector, founded by Hannah Massarella. 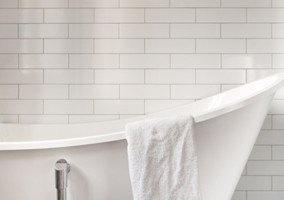 Kate Massarella: The challenge of self-care and wellbeing in the charity sector 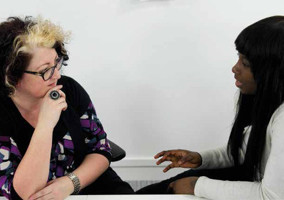 How to improve mental health and wellbeing in charity workplaces 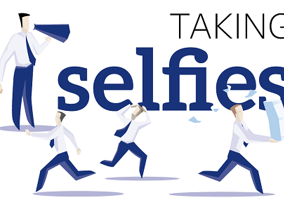