The charity sector needs to "get off the back foot", says Caroline Slocock, editor Making Good: the Future of the Voluntary Sector, which is published today. 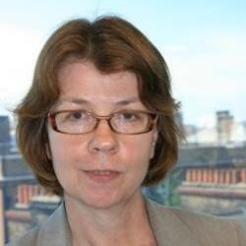 The charity sector needs to "get off the back foot", says Caroline Slocock, editor Making Good: the Future of the Voluntary Sector, which is published today.

It’s not just me who has come to the conclusion that the voluntary sector needs to get off the back foot and set a new direction of travel – or risk losing what makes it special and widely valued across society.

When Chris Mould revealed that the Trussell Trust had been threatened with closure for seeking changes in government policy to help stop people needing foodbanks, many people within the sector were shocked.  On the same day, Oxfam was referred to the Charity Commission for its anti-poverty campaign.  There’s a sense of a slide.  And it’s not just attacks on the voluntary sector’s legitimate right to campaign but also the lack of consultation on key issues, problems accessing government contracts, particularly for small voluntary organisations, and the growing financial crisis facing many voluntary organisations at local level, as the state shrinks and demand rises.

There is another, more positive way forward.  That’s what comes out of essays by over 30 voluntary sector leaders and commentators published today in Making Good: the Future of the Voluntary Sector.  The idea came from the Panel on the Independence of the Voluntary Sector, which has called for greater consensus about what is distinctive and important about an independent voluntary sector in order to underpin a ‘new settlement’ between the sector and its stakeholders in the coming years. The aim of these essays is to spark off a wider debate in the run-up to the next election.

Contributors write eloquently about what makes the voluntary sector distinctive and enables it to generate so much public support.  Kathy Evans, from Children England, speaks of the value the sector creates beyond money and of how it acts as a “’currency convertor’ … generating money out of economic thin air, out of people’s used books and clothes, their parties and performances, their sporting endeavours, their creative talents. We can turn the feelings that motivate their giving - love, solidarity, reciprocity, even anger and frustration - into hard assets…” And it leads to a different way of doing things too.  Chris Mould, for example, speaking of foodbanks, writes: “Merciful, non-judgemental, believing in you, are not phrases anyone would commonly associate with state social security provision. And, maybe, we should not expect to be able to make the links? Voluntary organisations can justifiably occupy a different and complementary space.”

These essays are an inspiring, interesting and individual read.  No summary could do them justice but I am going to do my best here by playing back some of the points that strike me as most important for the future of the sector.

The first is that this could be a turning point, not just for bad, but also for good.  Everyone, including people in the public sector, is looking for new ways of doing things, partly fuelled by lack of money and partly by social, technological and democratic change.  An ageing population, increased demand on public services and massive cuts in state funding make doing more with less a necessity.  At worst, the voluntary sector could end up becoming a new safety net for the welfare state and/or being expected to deliver public services at unreasonably low cost.  It could become “a mere instrument of the state” as Professor Deakin understandably fears, or it could become “more collaborative across the sector, finding common cause, influencing policy, raising the ambition for our society”, as Paul Farmer advocates.

Second, I see the emergence of some common thinking about a new direction of travel.

Many essayists would like the voluntary sector play more to its strengths.  That means not just picking up the pieces as the state cuts back services, or competing for contracts for public services that are not meeting needs or treating those it helps as dependents.  It means focusing on prevention, working with others, including across sectors, and raising the sector’s independent voice to achieve positive change and shape - not just deliver - better public services. The sector would always be listening to those they serve, never in danger of simply responding to the agenda of those with more power.

The independent voice of the voluntary sector is indeed central to this future.  Across the sector, there would be strong, collective and inclusive leadership on the issues that matter – a powerful, independent, and widely respected voice that speaks for local and community-based organisations just as effectively as national ones.

For the public sector, there's also a challenge to the view that markets and competition drive better performance and that bigger organisations are best.  There is a call to the public sector to value, reward and genuinely respect the distinctive social value created through voluntary activity, particularly in small locally based organisations.  And funding and commissioning needs to follow that value, not undermine it, with ‘local first’ a new default setting.

Some of these messages are challenging but it is only through challenge that a different direction is set.

Caroline Slocock is director of Civil Exchange and the editor of Making Good: the Future of the Voluntary Sector. The collected extracts are available at Civil Exchange.