Isaac's effects on Haiti - a lesson in crowd-sourcing

While news streams largely ignored the effects of tropical storm Isaac on Haiti this weekend, social media proved invaluable in assessing the situation remotely. Andrew Chaggar discusses the evolution of crowd-sourcing for use in disaster management. 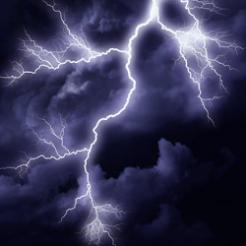 While news streams largely ignored the effects of tropical storm Isaac on Haiti this weekend, social media proved invaluable in assessing the situation remotely. Andrew Chaggar discusses the evolution of crowd-sourcing for use in disaster management.

Despite it being a bank holiday weekend I’ve spent much of the past few days at my laptop. Since tropical storm Isaac struck Haiti on Friday night I’ve been online to monitor news feeds, share situation reports and communicate with our local partners in Port-au-Prince.

Isaac brought fierce winds and torrential rain to Haiti. As of 11 pm on Saturday the International Organization for Migration (IOM) reported that almost 14,000 families in 165 camps were affected. While major infrastructure damage was happily avoided many of those still homeless after the 2010 earthquake have been badly hit by flooding and the destruction of tents.

In the longer term there are also concerns that the storm’s legacy will lead to a new spike in cholera cases and rising food prices due to the destruction of crops and stores. Only time will reveal the total damage left by Isaac but in terms of how the events have been monitored, reported and responded to one thing is already clear - new technology and social media are revolutionising disaster response.

In the case of Isaac the mainstream media have paid little attention to Haiti. On the BBC website on Sunday it was possible to find some information but the story was competing with a typhoon in Japan and the impact of Isaac on Cuba. Added to the death of Neil Armstrong and the conflict in Syria, Isaac’s impact in Haiti was little more than a footnote.

So, where do you turn for information if, like me, you need more detailed information on a disaster?

There are, of course, specialist news and information providers like AlertNet and ReliefWeb which do an excellent job of collating and disseminating situation reports. However, while they provide an invaluable service to the humanitarian community, their specialist nature means that their accessibility is limited. These providers also have to collect and verify their information and so there is an inherent delay in the reporting process.

As a consequence much of the initial information we gathered on Isaac in Haiti was collected using new technology and social media. Where in the past it would have been difficult to gather first hand information we’re now able to call our local partner’s mobiles using Skype. Additionally, rather than waiting on specialist agencies to update us on the big picture we’ve been using tools like Hootsuite to consolidate and track real-time reporting of events on social media.

The overall result is that, even as a small charity, we were able to collect information and communicate needs to our own supporters within 48 hours of the storm’s impact.

Our use of technology and social media to gather and share information about Isaac is far from unique. Since the 1995 earthquake in Kobe, Japan, where online bulletin boards allowed those affected to post messages, there has been a trend towards more informal information flows. Our use of social media today is simply the latest example of technology facilitating this process. One of the most important benefits of these developments has been an increased ability to communicate with those directly affected by disaster.

The lack of early warning to the 2004 tsunami, and also survivors’ frustrations with the ill-communicated rebuilding process, led to unnecessary deaths and poor project outcomes. Today information is increasingly seen as a deliverable in its own right, alongside services such as food, medical care and shelter. This information is often delivered via new technologies.

In less developed countries, tools like FrontlineSMS now make it easy to use text messaging to provide early warnings of disaster events or to distribute information on how to combat cholera. In more developed countries the Red Cross has started to use Twitter and Facebook to issue real-time tornado and storm warnings.

While these examples relate more to the sharing than to the gathering of information, there is also a strong interest in using technology and social media to “crowd-source” information collection. Wide-spread adoption of crowd-sourcing is still challenged by the question of how to ensure accuracy. However before too long the pace of innovation will bring a greater ability to cross-reference and verify information which will help address this issue.

As a former engineer I find all this interesting in its own right. However as the leader of a disaster response charity I also find it hopeful. While disaster events are sadly on the rise new tools and technology are already empowering our own work and will increasingly allow those affected to help themselves in the future.