James Johnsen: Should you invest in social housing?

Investing with a conscience can helping alleviate the housing crisis, suggests James Johnsen. 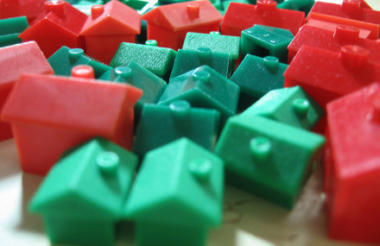 Everyone knows we have a housing crisis. The impact is all around us. Anyone with a public or political platform has been adept at wringing their hands over how the millennial generation are becoming increasingly disenchanted and disenfranchised from a system that served previous generations so well – steadily rising house prices combined with rising wages and ready access to cheap and flexible sources of credit. At the lower end of the social spectrum, the pressures have been exacerbated by a rising population (and immigration levels) and soaring rents.

Much of the blame can be laid at the door of government. In 2009 (the last full year of Gordon Brown’s administration), Whitehall provided £11.4bn towards the cost of building homes. By 2015 (under David Cameron’s Conservative-led coalition), this had over halved to £5.3bn. More pertinently, perhaps, in terms of GDP, the fall is even more dramatic – it has dropped from 0.7 per cent to 0.2 per cent.

As many economic commentators have pointed out, this has surely been the false economy to eclipse all false economies. The housing shortage has caused rents to rise, squeezing out those on low-to middle incomes with the result that government has seen the demand for housing benefit rise inexorably. The total cost of this rent subsidy was a staggering £25.1bn in 2015-16, an increase of just over 50 per cent on 20 years before. It is a fatal failing of our democratic system and its short-term political focus that produces a logic that says it is better to spend huge sums subsidising ever-rising rental payments rather than much smaller amounts to build homes that would increase supply, reduce rents and help solve a rising social crisis.

The National Housing Federation, the umbrella body for the not-for-profit housing associations that aim to provide subsidised and affordable housing for rent, published a report with some stark findings recently. In this it highlighted that since 2010, not a penny from government has gone into the construction of homes for social rent (where rent is adjusted according to a tenant’s ability to pay). Construction therefore collapsed from 36,000 units in that year to 3,000 the next, a 93 per cent decline. In 2016, less than 1,000 units were started with government subsidy. The estimated shortfall from all sources is now 250,000 homes a year.

In this environment, private house-builders have been enjoying a boom and the results from the listed ones – who are responsible for building nearly three-quarters of Britain’s new homes – have sparkled. Perversely, planning constraints and the house-builders’ natural desire to control supply and protect their margins mean that limited use of their often significant landbanks will likely continue.

As so often when government fails, private enterprise has worked out ways of stepping in to help fill this vacuum for good-quality, affordable housing. According to the Department for Communities and Local Government, there are 23.5 million homes in the UK of which around 4.1 million are social housing units. Housing associations own around 2.45 million of these while local authorities own the remainder.

Over the last couple of years, the ever-resourceful and creative brains in the fund management sector of the financial services industry have researched ways of marrying investor demand for stable sources of income with the need from housing associations and local government for finance to fund more social housing. This has led to the launch of several social housing REITs (Real Estate Investment Trusts).

Triple Point raised £200m in an oversubscribed initial public offering (IPO) in 2016. Its social housing REIT, which focuses on supported housing, provides investors with access to a portfolio of social housing assets across the UK and invests in inflation-adjusted, long-term leases with approved providers. Triple Point will work with housing associations, local authorities and care providers as well as private developers to secure the appropriate housing assets. Launched at 100p a share, the REIT aims to provide a 5p dividend in its first full year (ending 31 Dec 2018), that will then rise in line with inflation. Triple Point Social Housing currently trades at 102p.

This follows similar fund-raisings by Sigma, Civitas Social Housing and Residential Secure Income. Civitas, managed by Civitas Housing Advisers, came to the market in November 2016 when it raised £350m in another oversubscribed IPO. It has since invested £229m in the sector, providing a total so far of 1,351 tenancies. Civitas currently trades at 111p or 5.7 per cent premium to its net asset value (NAV).

Meanwhile, the Residential Secure Income REIT fell short of its £300m target but still managed to raise £180m. Residential Secure Income is a subsidiary of TradeRisks, a longstanding adviser to housing associations and local authorities which has arranged funding for the sector worth £10bn since 2001. Focusing exclusively on the social housing market rather than the wider private rental market, it also aims to produce a 5 per cent inflation-linked yield for investors. Sigma raised £250m for its REIT, taking the total of equity raised to just shy of £1bn. REITS like Civitas plan to increase this with debt, which with the high quality of the collateral behind it, will be attractive to the likes of pension funds and insurance companies.

For charities looking for stable sources of income within their portfolios, social housing REITs provide another source of diversification, and with their long-term, local authority-backed rents, can be classified at the lower end of the investment-risk spectrum. With the transparency afforded by the REIT structure and the fact that much of the housing fills a fundamental need to provide for the more vulnerable in society, these investments tick the socially responsible box. Better still, many of these properties are aimed at what is termed supported living, enabling the aged or infirm to live in their own homes rather than be parked in institutions.