Harriet Whitehead: Will the pandemic lead to a surge in redundancies at large charities?

Covid-19 has had a massive impact on charity income and staff, but a drop in income at the largest charities may not necessarily mean massive increases in redundancies. Harriet Whitehead reports. 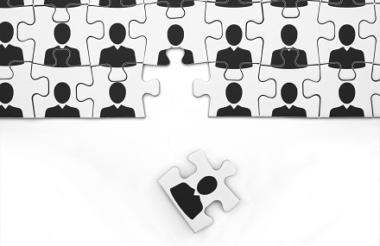 Over the past 18 months, the narrative around redundancies at charities has been somewhat bleak, with many household name charities coming out to say they would be dramatically reducing their workforces as a result of the pandemic, and smaller organisations fearing they might be forced to close their doors.

In short, the answer seems to be yes; there will likely be an increase in redundancies and a reduction in staff headcount across the sector.

Nonetheless, from our previous research, we know there was high uptake of the furlough scheme by many large charities, who were able to mitigate some lost income, and perhaps retain staff who may have otherwise been let go.

Moreover, as charities have begun to publish their accounts for periods that include the pandemic, initial reports suggest that some income losses may have not been as colossal as initially predicted.

Whether this means charities have been making large cuts to staff numbers, has yet to be fully understood, although in some cases charities were able to make fewer redundancies than they initially projected.

However, redundancies do unfortunately often happen as the result of a shift in strategy or in response to financial difficulty and are not unique to the pandemic.  So to understand more about when redundancies are made by charities, Civil Society News has carried out an analysis of the accounts from the largest 50 charities by income.

We looked at redundancy costs over the two years, where there was complete data available, leading up to the pandemic.

In most cases, this means comparing the accounts of charities with year ends of December 2018 and March 2019, with the following December 2019 and March 2020. This gives us an idea of how things were as charities entered the Covid-19 crisis. Full data was available for 43 of the largest 50.

Two years pre-Covid the cohort's total spend on redundancies was more than £32.4m compared with around £31.4m in the year before the pandemic.

This makes average costs per charity for these same periods were £790,531 and £749,717, suggesting there has been some small fluctuation in the amount spent by charities over the past few years.

Eleven charities have published their accounts covering the beginning of the Covid period. Collectively thee charities had spent more than £14m on redundancies, averaging at over £1.2m.

Those same 11 organisations had an average spend of around £930,000 in the year prior, suggesting rates are rising during the pandemic.

Macmillan Cancer Support is an example of a charity that has published its figures covering the first part of the pandemic, up to 31 December 2020.

As a large fundraising organisation, the pandemic has had a clear effect on its income, and its chief executive says decisions have been vital for the future sustainability of the charity.

Macmillan's most recent report says the charity spent £3.8m on redundancy and termination costs over the course of 2020 - more than double the previous year.

Lynda Thomas, chief executive at Macmillan, said: “While we made changes to the size and shape of the organisation in 2019 to ensure it was operating as efficiently and effectively as possible to fulfil our goal to be there for everyone with cancer, nothing could have prepared us for the impact of Covid-19.

“Despite the fantastic efforts of our fundraising teams and the generosity of the public, we are expecting our income to be down by approximately £100m, with the full impact likely to be felt over several years as we emerge from the pandemic.

“While we implemented a range of cost-saving measures at the start of the pandemic last year, including closing offices and making use of the government’s Job Retention Scheme, it was vital we took the incredibly difficult decision to reduce the number of our employees to ensure that we are now organised in a way that's future-focused, sustainable and makes the best use of our time and money.

“Although we now feel in a strong position to face the challenges ahead, we constantly look at how we spend our money to make sure we’re always having the greatest impact on the lives of people with cancer, who need us now more than ever, and this will continue to be our top priority.”

Not all charities are reporting a steep rise though. Marie Stopes International, which has also filed accounts covering the period to 31 December 2020, increased its spend on redundancies to £444,000, compared with 2019 when it spent £314,000.

Indeed MSI emphasised that the pandemic was not the only reason it made redundancies.

An MSI spokesperson said: “The 8% reduction in staff numbers was due to a number of factors: some relating to the end of projects and funding cycles, and others due to the financial impact of the pandemic and the need to preserve, secure and protect in order to ensure the sustainability of the organisation.”

Restructures save money in the long term

Oxfam has a March year end and has not published pandemic figures, but a major restructure, partly instigated as a result of the safeguarding scandal from 2017 means that the charity has recorded high levels of spending in recent years.

A spokesperson for Oxfam said the financial totals include redundancy payments for the roles which were cut during its restructure and costs associated with the termination of employment contracts, such as pay in lieu of notice.

These amounts also include some costs associated with the wider restructuring of the Oxfam Confederation, which were one-off costs and “will save money in the long term”.

“The majority of redundancies in 2018-19 and 2019-20 were as a result of organisational changes to reduce operating costs. Given the challenges the organisation faced, we took a prudent approach to our finances and made the difficult decision to cut some support roles, mainly from head office, in order to make sure our life-saving work on the ground was protected.

“The coronavirus pandemic was not a significant factor in our figures for 2019-20, as it only began to have an impact in the final weeks of the financial year. However, since then Covid has had a significant impact with the closure of our shops during the lockdowns and cancellation of major fundraising events,” they added.

For charities reliant on mass participation fundraising events and shop income, we can perhaps expect to see larger reductions in workforce headcount and increased spend on redundancies in their next accounts.

Our reporting on charities with shop income has shown significant income hits over Covid-19.

Mencap's chief executive spoke of the benefit of the furlough scheme and reopening of shops.

Between April 2018 to March 2019 Mencap spent £326,648 on redundancies, and £417,205 for the year after.
Edel Harris, chief executive of the learning disability charity Mencap, said: “The pandemic has been a particularly challenging time for many charities, and we are very grateful to have had the furlough scheme which has helped reduce the financial impact of Covid on the charity. Throughout, we continued to top up all furloughed colleagues’ salaries to 100% pay to make sure no one loses out financially.
She added: “Our charity shops have reopened and high-risk colleagues start to return to work. A small number of redundancies have been made in the last year, of which two were related to Covid – this was not a decision that we took lightly. We continue to do everything we can to mitigate the financial impact of Covid on our colleagues and support our colleagues and people with a learning disability as we emerge from the pandemic.”

No redundancies related to the pandemic

Some of the larger charities have historically spent significantly less than some of their counterparts.

Teresa Exelby, chief people officer at Community Integrated Care, also said the charity has made no redundancies directly due to or related to the pandemic.

“Any redundancies we have made over the last two years have been specifically for operational need such as service redesign, organisational redesign or planned closure, a figure which represents only 0.8% of our overall workforce.”

Expected redundancies due to the pandemic

Some charities spoke of the need to make redundancies during the pandemic, suggesting 2021 accounts might reveal an increase in redundancy costs.

A spokesperson for the Royal Opera House said: “As with many cultural organisations around the UK, 2020 saw the Royal Opera House restructure its staffing as a result of the financial devastation of the pandemic.
“This was a necessary part of our four-part plan for financial recovery, alongside support from government, an extensive fundraising campaign and realising such value as we could from our assets, to ensure that future generations could enjoy our artforms.”

At this stage, a relatively mixed picture is emerging, with some charities feeling the force of Covid-19 and suggesting they will be making an increased amount of redundancies, with others stating their staff will emerge largely unscathed.

As many of the government's financial support schemes are being withdrawn, a clearer picture may emerge in the coming months.

Civil Society News will analyse the next wave of charity accounts to see whether there has been an upshot in redundancies over the course of the pandemic. 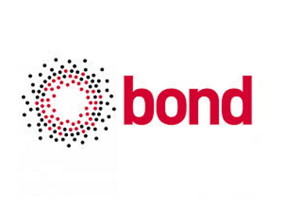 Age UK consults on redundancies due to Covid-19 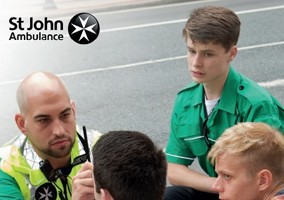