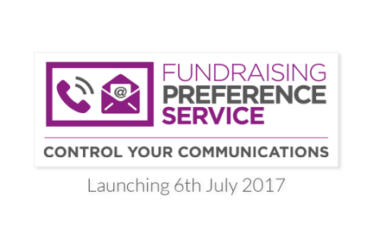 If you ever wanted proof that time flies, think that it has now been a month since the Fundraising Preference Service (FPS) launched. Launched on the day of our first anniversary, the FPS enables individuals to block direct marketing communications from named charities.

The challenges the sector have faced are well documented. However, the last 12 months have seen strong progress made, thanks to a concerted and enthusiastic effort from across the sector to improve the donor experience. This has played a massive part in rebuilding trust between charities and the wider public, something which is crucial to a vibrant and successful civil society.

We see the FPS as supporting this change of approach by the sector, helping those individuals who want to manage their communications directly. Since its launch, there has been a steady uptake of the service. We received more than 1,300 registrations in the first 24 hours, and at the one month mark this figure has increased to 2,617 people registering, with 6,305 suppressions of direct marketing communications.

In an ideal world, the aim would be for this service to one day be redundant. Of course, that is unlikely. However, we are clearly on the way to an improved donor experience that enables the donor to be in control and one where contact from fundraisers is moderate, reasoned and respectful. This is a marked and welcome difference from where we have been before and is enabling the sector to show commitment to better donor relationships.

The levy and registration

The levy, which has been much debated, is also crucial to re-establishing a successful and balanced donor-charity relationship. So far, 1,367 charities have paid or committed to pay the levy. This is a hugely significant statement of support to us as a regulator, but also an important commitment to the wider public. A charity that pays the levy is saying that it is transparent, considerate of donors and other supporters and, above all, ethical. This is something that the public is aware of and cares about, as proven by the uptake of the FPS. In addition, 832 charities outside the levy have registered and can use our badge by committing to the Fundraising Promise.

Although the uptake is promising, it is disappointing that these charities effectively subsidise those charities that have so far chosen not to contribute to our levy or even reply to us. It’s quite simple: those who have not paid, should. We will publish our updated Public Register of charities included in the levy which will show those paying and also non-payers at the end of August.

There have been pieces on this site which suggest that the levy was in some way forced upon smaller charities; this is wrong. The levy is only collected from charities that spend £100,000 or more each year on fundraising. Try explaining to a member of the public that any charity that spends this amount is a ‘small charity’. I suspect you won’t get far.

That being said, these charities are a minority. We are hugely appreciative of the support we receive from across the sector and look forward to continued collaboration going forward. FPS has only been operating for one month. This is not a long time, but the work currently being undertaken by the sector and its support for FPS should stand it in good stead for years to come.