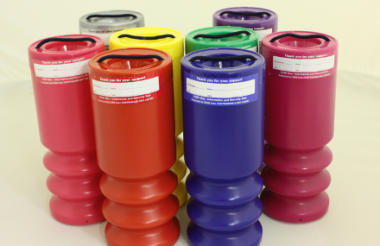 Could licensing fundraisers reduce the risk of rogue operators and bad behaviour? Mark Astarita finds an idea he suggested years ago has become more relevant in time.

Back in 2012 when I first suggested fundraising should become a licensed profession we were operating in very different times. Just four years later I now see it as a vital step in rebuilding trust in our industry.

I’m not just talking about professional qualifications here, which are already growing in acceptance and credibility within the sector. I’m talking about additional quality-assured training, starting with telephone and face-to-face fundraisers, which will equip them with the necessary skills to do their job while also providing members of the public with the assurance that the fundraiser is working to a strict set of standards and ethics.

But how would it work? In my view it’s not rocket science. Devise an industry-wide training and assessment programme based on best practice as set out in the PFRA Rulebook and the Institute of Fundraising Code. If you complete the training and pass an assessment you could become a licensed fundraising practitioner. It should be channel-specific and taught in modules, so you could become a licensed street fundraiser and then develop further. Most could or should be delivered online to keep costs down. You would need to renew your licence periodically; there would be audits in place and random spot-checking for compliance. Any fundraiser not working within the required standards would need to be retrained and could be struck off.

Most organisations are probably doing much of this already; it would simply need formalising internally and then enforcing. There should be little additional effort and cost for organisations, or the sector as a whole, and is a price worth paying in my opinion.

An obvious next step is to license organisations, as well as individual fundraisers, but let’s start with baby steps.

So what are the benefits? First of all, the licence would provide credibility and legitimacy for fundraisers in what often feels like a hostile environment. Secondly, it would reassure the public they are being approached by a bona fide fundraiser.

Thirdly it would show politicians and the media that we are taking their concerns seriously and, more than that, we are setting our standards over and above the self-regulatory framework.

Fourthly, it will provide assurance to charities and agencies that, when they employ a licensed fundraiser, they are taking on someone who will do their job in accordance with the law and best practice.

Finally I believe it will allow new and re-born agencies and in-house teams to emerge into a brave new world where standards of fundraising practice are beyond reproach and transparent to public and media scrutiny. Of course you’ll never get rid of the odd idiot wanting to break the rules, but they won’t last long because one of their colleagues will blow the whistle faster than your average Premier League referee because they don’t want their own reputation tarnished.

And the downside? I honestly can’t think of anything. A modest cost and effort per fundraiser, and even the potential pain of having to deal with a licensing authority is a small price to pay to ensure quality, and of course, peace of mind for our trustees.

So come on fundraising, what are you waiting for? Let’s just get on with this. Who will take up the challenge?