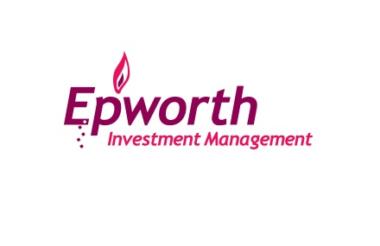 Is there an impact on investment returns of investing ethically? Christophe Borysiewicz reports.

Many trustees already choose to invest ethically, many more want to, but are put off by the myth that there has to be a negative impact on financial returns from investing ethically.

There has been a similar impact in the UK, with the BlackRock’s Charishare Common Investment Fund returning 5.3 per cent a year in the decade to 30 June 2016, while its Charishare Restricted CIF, which avoids investments in the armaments and tobacco industries, returning 4.9 per cent over the same period.

Since the stock market peaked at the turn of the millennium, the tobacco sector in the UK has increased in value by 1,132 per cent (or 12-fold) while the market as a whole has only risen 8 per cent, though we should be aware that the tobacco sector had underperformed over the 15 years from 1985 to 2000. The table below shows the returns from the market as a whole in the UK, along with the returns from some commonly excluded stocks. The dramatic outperformance of some commonly excluded stocks is noteworthy.

But we should also remember that much of the poor performance of the overall UK stock market has been driven by two themes; firstly, the technology, media and telecoms stocks, which made up 26.2 per cent of the overall UK stock market at the turn of the millennium, and were at the peak of an immense valuation bubble which subsequently imploded. And secondly, financial stocks, which enjoyed a boom in the early years of this century before the credit crunch, from which many never recovered.

One thing is clear from the table above is that the stocks which are commonly avoided by ethical investors are mostly defensive stocks. The tobacco, alcohol and gambling sectors are driven by the addiction of their users to their products, and are not dependent on the economic cycle for their profits. If investors simply avoid these defensive sectors and then compensate with the rest of the stock market, then they risk distorting their investment portfolios. Replacing large defensive sectors with cyclical sectors such as oil & gas or banks would give a different set of investment returns. It is this approach which has driven the poor relative performance that some associate with ethical investing rather than any inherent lower returns.

The chart below looks at some data produced by Portfolio Evaluation, reviewing the impact of avoiding the stocks deemed unacceptable by the Methodist Church. The blue line shows the impact of simply avoiding the ethically unacceptable stocks. The red line looks at the impact of replacing like with like; instead of replacing alcohol and tobacco with the stock market as a whole, it replaces them with other defensive sectors such as pharmaceuticals, telecoms and utilities. 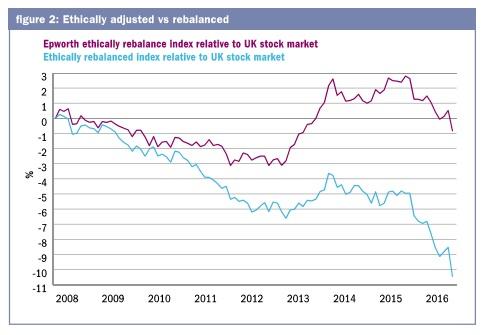 Since the start of the credit crunch in 2008, this has led to performance very similar to the market as a whole (ie 0 per cent impact), with some periods of positive relative performance and some of negative, while the cost of simply avoiding unethical stocks is stark.

According to the data from Portfolio Evaluation, the rebalancing approach also leads to volatility slightly less than that experienced by the stock market as a whole, while the approach of simply avoiding unacceptable stocks has led to increased volatility.

This analysis is confirmed by a recent Newton Investment Management study which suggests that in the period 2004-15, simple avoiding the sin stocks reduced returns by between 0.5 per cent and 1 per cent in the UK and between 0.3 per cent and 0.5 per cent globally, with increased volatility experienced in both areas. Unfortunately this study does not look at the impact of rebalancing.

More recently we have been bombarded by the different claims of those in favour of divesting from fossil fuel companies, and those who worry about the impact of this on performance. Many divestment campaigners have argued that this will lead to outperformance, which seems at first glance a very strong claim to make.

Netwon’s study has looked at the impact on historic returns from excluding fossil fuel companies. This concludes that the impact on returns, volatility and income are negligible over the time period from 2004-15. The divestment campaigners argue that it is future returns that will be benefited as the future capital expenditure of fossil fuel companies will become stranded.

It is at this point that we should also look at the second leg of ethical investment: engagement. This is when investors engage with companies in their portfolios to improve aspects of their performance. Historically this was over issues such as human rights and environmental impacts as well as some of the more traditional sin issues. In more recent times it has also involved climate change issues, with examples including the work of the “Aiming for A” coalition, which includes many charities.

Studies by, among others, Hermes Investment Management, have shown that engaging with companies in investment portfolios on governance, environmental and social issues can increase investment returns. This is as a result of focusing companies’ board’s minds on longterm issues rather than just short-term financial targets.

In summary, many of the concerns about the financial impact on ethical investment are unfounded and due to the distortions from simple avoidance techniques. In addition, the engagement strand of ethical investors should lead to long-term benefits to corporate behaviour and returns.

Christophe Borysiewicz is a fund manager at Epworth