Disaster prevention must be better than a cure

Attracting funding can be a challenge in prevention projects, given people don't notice what doesn't happen. But prevention must be better than cure, says Andy Chaggar. 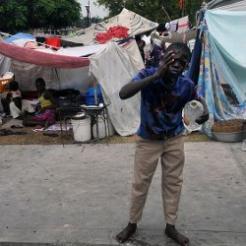 The wake of the Haiti disaster where European Disaster Volunteers were instrumental in support. Image credit: Marcello Casal Jr

Attracting funding can be a challenge in prevention projects, given people don't notice what doesn't happen. But prevention must be better than cure, says Andy Chaggar.

In few weeks I’ll be travelling to the Philippines to start our charity’s next overseas operation. While we’ll again be helping disaster affected communities become stronger in the long-term, this will be a different type of operation than in Haiti.

In Haiti we deployed volunteers in response to the 2010 earthquake. In the Philippines, by contrast, our focus is going to be on proactive Disaster Risk Reduction (DRR) rather than response and recovery. So while our core goal remains helping disaster affected communities, we’re taking a more preemptive approach by working to prevent disasters from happening in the first place.

Many readers may not immediately follow my chain of thought here, after all, how do you stop an earthquake or a flood? As a result its worth me revisiting a subject I blogged about in October 2010 in relation to Haiti. In it my key point was that:

"...disasters are not simply a product of a natural event (known as a natural hazard), such as an earthquake, but instead result from the interaction of such events and pre-existing conditions in the affected area.

"Certain conditions make people more vulnerable to natural hazards, and it is this vulnerability which makes a disaster more likely to happen when a hazard strikes."

The concept of vulnerability is critical to understanding why disasters happen and its importance is perhaps most commonly expressed through the following equation:

Further, while the causes of vulnerability are themselves complex, it’s long been recognised that many of these causes are man-made and thus preventable. In fact the UN Office for DRR go as far as to state that:

“There is no such thing as a ‘natural’ disaster, only natural hazards”

Of course, an obvious question here is that, if disasters are largely man-made then why isn’t more being done to prevent them and the resulting suffering and cost?

It’s a good question and the benefits of prevention aren’t just limited to disaster response. One of our trustees doesn’t have field experience in international aid, but when we discussed DRR with him, he immediately drew parallels to his work in the UK health sector. Like an illness, if we can prevent a disaster, we can clearly save ourselves money and unnecessary suffering. It’s a very intuitive idea, yet one that can often be neglected.

Happily it’s not all doom and gloom. A lot is already being done and prevention has moved up the humanitarian agenda in recent years. However, the resources committed to DRR still pale in comparison to those allocated to response and recovery. Donors who give promptly and generously in response to a disaster, particularly a high-profile one that generates a lot of media coverage, can be reluctant to fund risk reduction measures.

This may seem strange given the proven cost-effectiveness of prevention and this is partly due to the “invisible” nature of risk-reduction. DRR is all about preventing a disaster, and people generally don’t notice what doesn’t occur! This can make funding DRR less rewarding than funding more direct disaster response. Whether people give for purely altruistic reasons or for a perceived indirect benefit, such as appearing socially responsible, DRR can by its nature fail to deliver satisfaction

In fact, if risk-reduction projects and programmes are truly successful, and disasters are indeed prevented, then there may never be any recognition of the support provided. The 2002 World Disasters Report nicely summed up this still common problem by quoting then secretary-general of the UN Kofi Annan:

“While the costs of prevention have to be paid in the present, its benefits lie in a distant future. Moreover, the benefits are not tangible; they are the disasters that did not happen”.

As we start our own DRR work in the Philippines, we’ll encounter all these challenges and more, but we have a few plans in place to overcome them! I hope you’ll come back next month to see how we’re getting on.