The charity sector must take the lead in defining what we mean by social enterprise, urges Su Sayer. 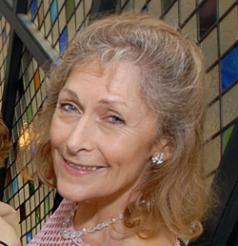 The charity sector must take the lead in defining what we mean by social enterprise, urges Su Sayer.

One of the first things the newly-elected coalition government declared on taking office was its ambition to “create the largest and most vibrant social enterprise sector in the world” as part of its NHS reforms. As encouraging as this was, many questioned whether the government was clear about the difference between NHS foundation trusts and social enterprises.

If politicians are sometimes unclear about what a social enterprise is, the general public is even more so, as the research carried out for Charity Finance by YouGov clearly shows. Say “social enterprise” and some think of huge international brands like Fairtrade, while others think exclusively of small, local organisations. Some argue the definition only applies to not-for-profit businesses, while others would include the FTSE 100-listed Body Shop because of its social campaigning aims. Many don’t recognise the term at all.

Does this matter? Yes, because our experience is that many people would be more likely to support social enterprises if they understood exactly what they were, and what they aimed to do.

United Response runs a number of small social enterprises, such as our Krumbs café in York and our UR Sorted mail order business in Manchester. Both enterprises share the same simple mission – to give local disabled people the opportunity to build the confidence and skills to move into mainstream employment – and both have been enthusiastically supported by local businesses and consumers.

A social enterprise should also be clear about who its intended beneficiaries are and how it aims to benefit them, in the same way that charities are legally required to have clear charitable objectives. Where possible, those beneficiaries should have a powerful voice in the way that the social enterprise is managed, ensuring it adapts to meet their changing needs or situation.

There are some who argue that narrowing any definition to exclude businesses which make profits for shareholders is to ignore the social value that such businesses can deliver. I don’t believe that this is true in the 21st century. Increasingly, consumers expect businesses to behave responsibly, and it is in their own interests to demonstrate the social value they provide. However, classing such businesses as social enterprises makes the term too broad for the general public to understand and risks devaluing it.

In difficult times, many people would like to spend what money they have in a way which will help vulnerable groups, rather than add to the wallets of the wealthier. Unfortunately, lack of transparency and consistency in terminology makes it very difficult for them to know how to go about it.

‘True’ social enterprises could play a major role in sustaining communities through hard times. We have all seen the growing numbers of closed commercial premises in towns up and down the country. Social enterprises may be able to fill these spaces with new initiatives, such as communityfocused cafés or shops which do not need to make a commercial level of profit to simply be sustainable.

This is not an argument for a lower level of service – far from it. On the contrary, in order to succeed a social enterprise must focus on the enterprise as well as the social part of what they do, for without a proven market demand and a decent level of service that meets that demand, even the best-intentioned consumers will stay away.

With these ingredients in place, our experience shows that the general public will support social enterprise. They just need a simpler definition of what that means, and the charity sector must lead the way in providing this definition.