Deficiencies in the lobbying bill

Simon Steeden gives a detailed analysis of the controversial lobbying bill ahead of tomorrow's parliamentary debate, and finds it riddled with uncertainties and inherent unfairness. 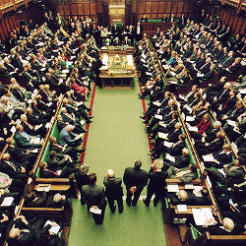 Simon Steeden gives a detailed analysis of the controversial lobbying bill ahead of tomorrow's parliamentary debate, and finds it riddled with uncertainties and inherent unfairness.

Tomorrow will see the second reading in Parliament of the Transparency of Lobbying, Non-Party Campaigning and Trade Union Administration Bill.  The Bill was introduced just a day before the summer recess and its second reading will take place just days after Parliament resumed.

Many in the voluntary sector will be hoping this scant time has been sufficient for MPs to get to grips with the clear deficiencies in a bill that could have widespread implications for democratic engagement by charities and campaigning organisations.

Some of these deficiencies have been already been widely trailed.

Part 1 of the bill has the admirable aim of introducing greater transparency into the political lobbying activity, by introducing a new register of lobbyists.  But the bill's tight definition of the "consultant lobbyists" who will be required to register will fail to catch all but a fraction of professional lobbyists.  In-house lobbyists are not required to register and the new transparency requirements do not apply to lobbying activity which falls short of direct personal communication with a government minister or permanent secretary of the civil service.

At the same time, the uncertainty of rules around non-party campaigning under Part 2 of the bill poses a serious threat to the campaigning activities of charities and other civil society organisations and may even breach the right to freedom of expression under Article 10 of the Human Rights Act.  The new rules substantially increase the risk of charities and issue-based campaigning organisations being required to register with the Electoral Commission and impose complex and bureaucratic new requirements for apportioning and accounting for expenditure incurred by those that do have to register.

Less widely trailed than the deficiencies of each part of the bill has been the inherent unfairness in their unequal treatment.   While Greenpeace might find itself facing more burdensome regulation of its campaign against drilling in the Arctic, Shell can avoid any regulation of its efforts to influence government policy in the other direction by using in-house lobbyists.  While Friends of the Earth might find it harder to campaign for better environmental standards in the production of mobile phones, Apple and Samsung could avoid any transparency around their own efforts to influence government policy if their consultant lobbyists avoid speaking directly to government ministers and the most senior civil servants.

The government has said that Part 2 of the bill is not intended to affect charities and other issue-based campaign groups, as only campaigning which promotes or procures electoral success or otherwise enhances the standing of parties or candidates would be regulated.  But there is much uncertainty about how the new rules will apply to campaigning on issues which align with, or contradict, the policy of a particular party or candidate. That uncertainty is exacerbated by threats of criminal liability and the fact that it is already impossible to know for certain when a regulated pre-election period will begin. It is very likely that this uncertainty alone could make many charities and voluntary organisations much more reluctant to engage in policy debates, even where those debates may be vitally important to their beneficiaries or mission.

NCVO and many others in the sector have done their best to give the sector's understandable concerns the attention they deserve.  We will begin to see tomorrow whether our MPs have been able to take them on board, despite the distractions of a long hot summer and last week's high-octane start to the new parliamentary session.