David Ainsworth: Why is the cost of raising funds rising so fast? 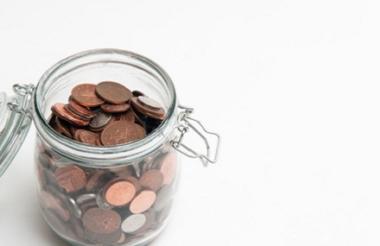 The cost of acquiring a pound of charitable income has grown swiftly since the start of the century. David Ainsworth examines the causes of the change.

How much does it cost to raise a pound of income for charity?

A lot more than it used to, if the UK Civil Society Almanac is to be believed. The latest edition of the almanac contains a section on the cost of generating funds, which shows that in the year to March 2001, adjusted for inflation, the charity sector spent a total of £3.1bn on generating funds. Now it’s £5.9bn. That’s an increase of 90 per cent.

The sector’s income, meanwhile, has grown by 50 per cent. So the cost of raising money has grown by around 33 per cent in real terms. Each pound spent on raising income now yields around £4.16, down from somewhere around £5.50 per pound at the start of the century.

There are basically two main reasons, so far as I can see.

The majority of money spent on raising funds has always been spent on generating earned income – fees for services provided, and income from trading. Of the latter, perhaps a third is charity shops, which have about a 25 per cent profit margin. That would be pretty healthy in any other sector, but it brings down charities' overall ratio.

This throws up one or two interesting issues for me – not least that we judge charities by their overall income, not their margin, which creates misleading comparisons. If one charity’s income comes mostly from fundraising, while another’s comes mostly from trading, they can be nominally the same size, but the latter will have a much smaller impact.

That’s not a judgement. There’s nothing wrong with trading income. But I think we should pay a lot more attention to “income available for charitable application” as a metric, just so we're comparing like with like.

Anyway, that’s by the by, to a certain extent. The bigger problem highlighted by the figures is that income from fundraising appears to be static, while fundraising expenditure is rising.

Importantly, this is not recession-related. The data doesn’t change that much in the fat years before 2008, and the lean years afterwards.

I’ve written about this before, in greater detail, for Fundraising Magazine. The problem is this: there has to be an upper limit to the proportion of their income people are prepared to give to charity, and it looks like we’re bumping up against it. Charities have grown so efficient at raising money that they just can’t get much more.

Data from Cass Business School, the Institute of Fundraising and the almanac all tell similar stories: it’s almost impossible to really grow giving. Particularly individual giving. One charity can grow, but the chances are it's just stealing market share from other charities, not growing the pot.

Many of the problems in the charity sector over the last few years have largely been caused, in my view, by the failure to recognise that fact, resulting in an increasingly frenzied competition for market share, and ever more expenditure per pound raised. Also by a determined drive by the biggest fundraising charities to hoover up ever more of the market.

Over the last few years, the number of donor contacts has more or less doubled. Complaints have risen sixfold. So the sector is not only running to stand still, but damaging its brand in the process. Meanwhile, less money is making its way to the beneficiary.

This is a process which needs to be managed at a sector-wide level, with changes in the rules to address this trend. I don't think much is being done - although I do think GDPR might act as a brake on this growth.

These conclusions emerged out of work I did for the Commission on the Donor Experience, which advises on how to fundraise better and more sustainably. I support and agree with the recommendations of the commission, which encourages donor-centric fundraising and sustainable, long-term approaches, although I think that its conclusions, by themselves, won’t do the job.

This is an idea I hope to explore in more detail next week, after the commission publishes its final findings.