After a bruising battle, new rules on non-party campaigning have come into force.  Lawyer Simon Steeden says the sector now needs to turn its attention to the next front: ensuring that the Electoral Commission’s guidance is fit for purpose. 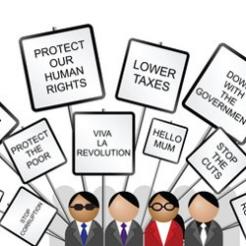 After a bruising battle, new rules on non-party campaigning have come into force.  Lawyer Simon Steeden says the sector now needs to turn its attention to the next front: ensuring that the Electoral Commission’s guidance is fit for purpose.

At the end of January, the Transparency of Lobbying, Non-Party Campaigning and Trade Union Administration Act finally became law, after a concerted campaign by a large swathe of the campaigning community against some of the more onerous features of the new Act.

The fight was not in vain, with the sector winning a succession of concessions from the government during the Bill’s progression through Parliament.  But the biggest prizes – reverting to the status quo until after the next election, removing staff costs from the expenditure potentially regulated by the Act, or carving charities out of the scope of the Act altogether - proved to be out of reach.

So, now we know that the Act will increase the regulation of “third party” campaigners in the run-up to next year’s general election, it is understandable that the sector is turning its attention to pragmatism.  The “regulated period” under the Act begins on 19 September, meaning that many organisations are now considering how the Act might affect their activities in the seven month run-up to an anticipated May election.

But although that pragmatism is admirable and necessary, it should not distract attention from the last big prize on offer – an opportunity to ensure that the Electoral Commission’s gives the sector clear and practical guidance about how they can comply with the new rules, and removes some of the difficulties faced by charities and other campaigners before the last election.

The new rules require the Electoral Commission to cover many more areas of regulated activity in its guidance.  They will also create new difficulties for campaigning organisations, whether they are required to register with the Commission or not.  Many organisations which decide not to register will need to demonstrate that their decision is based on proper consideration, at board level.  Where organisations decide to register, other practical difficulties might arise.  Few charitable companies will be aware that company law requires a members’ resolution to authorise any political expenditure by a company, with the definition of political expenditure likely to catch any controlled expenditure under the new Act.  So, charitable companies required to register with the Electoral Commission may need to factor an AGM resolution into their plans.

With those practicalities in mind, it is very unfortunate that the Electoral Commission is currently expecting to publish its guidance on the new rules in early July, only two months before the regulated period begins.  The Commission really needs to grasp the nettle to stop the new rules resulting in over cautious self-censorship, with organisations being unclear about whether they need to register until it is too late to deal with the practicalities of doing so.

The importance of the Electoral Commission’s guidance cannot be overstated.  In the throws of preparing election strategies, few campaigners will consider the Act itself, and the guidance becomes the first port of call.  In the run-up to the last election, numerous difficulties for campaigning charities arose from the Commission’s guidance on the old rules, such from differences between the views of the Electoral Commission and the Charity Commission about the requirements of an impartial election hustings.

The Commission has a difficult job: working with constrained resources to produce guidance on detailed legal rules, whilst straddling divisions between sweeping Ministerial reassurances about the scope of the Act and the more complex detail of the Act itself.  It also needs to ensure its guidance is consistent with that of the Charity Commission. But this is precisely why it is essential that the guidance is properly scrutinised and that there is time for campaigners to take account of it before the Act begins to bite.

So, the Commission should do all it can to release the guidance for consultation before July and to ensure that the guidance is consistent with that of the Charity Commission.   Even releasing key sections earlier would help campaigners prepare, such as sections relating to the assessment of staff costs as qualifying expenditure, what kinds of public events are covered by the Act, and how the new constituency spending limits will work in practice.

At the same time, campaigners need to help the Commission ensure that its guidance is fit for purpose and takes account of the rich variety of activities and organisations involved in the campaigning community.  To its credit, the Commission has publicly declared that it wants input from the sector as it develops its guidance.  We must all make sure that we take full advantage of that opportunity.