Bloggers' best of 2013: Friends of the Earth's Bee Cause

Looking back at the year that was, Fundraising asked top bloggers in the sector to describe their favourite campaigns of 2013. Craig Linton selected Friends of the Earth's Bee Cause. 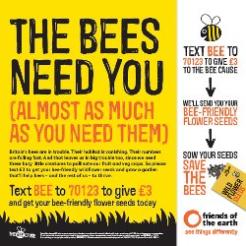 Looking back at the year that was, Fundraising asked top bloggers in the sector to describe their favourite campaigns of 2013. Craig Linton selected Friends of the Earth's Bee Cause.

There is a lot to admire about Friends of the Earth’s Bee Cause campaign and it is my favourite fundraising campaign of 2013.

There are five things that make it stand out for me:

Joe Jenkins, director of fundraising, communications and activism, told me that the charity decided to launch an organisational campaign that had the capacity to achieve real change, while also maximising engagement which involved recruiting activists, raising money and inspiring local Friends of the Earth groups. “It also coincided with a major refresh of our brand and investment into our fundraising programme. The campaign has been pulled together by a cross-organisational team that ‘co-creates’ the political strategy, media strategy, creative, activism and fundraising strategies,” he says.

“Results to date have exceeded all our expectations.” Inserts beat target by 30 per cent on response rates on 20 per cent on average gifts, with similar results for cold direct mail, PPC and SMS.”

So, in my opinion, the campaign was the bee’s knees and created lots of buzz with little sting in the tail and un-beelievable results. What’s not to like?

Craig Linton is director of fundraising at RLSB. He blogs at fundraisingdetective.com 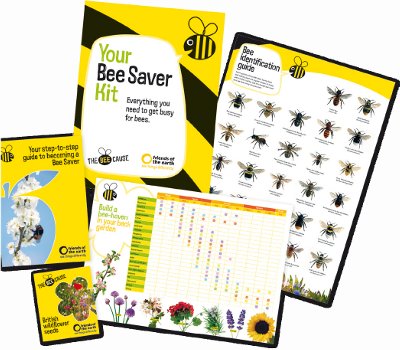