Barbara Keeley: The search for a new Charity Commission chair was a shambles and charities deserve better 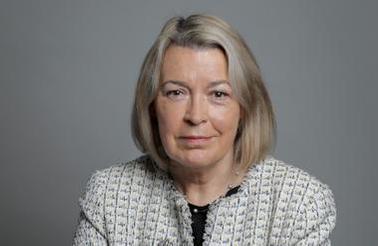 At the end of last week, a cross-party group of MPs rejected the government’s proposed candidate for the crucial role of chair of the Charity Commission. This is a relatively rare intervention on a public appointment and it demonstrates the deep concerns echoed throughout the charity sector about the government’s approach to the role.

Despite that, Nadine Dorries confirmed his appointment late on Friday. This is the wrong choice.

The Commission needs a chair who is independent enough to stand up to the government and strong enough to help charities with the challenges they face. Yet the recruitment process to replace Baroness Stowell has been anything but robust and transparent since it began last year.

The drawn-out saga has included the then-secretary of state’s attempt to skew the application process according to political agenda followed by a shortlist with very poor representation of modern Britain, with just one woman, and one ethnic minority candidate out of eight candidates.

This concluded in offering the role of chair to Martin Thomas, a friend of the prime minister. But a lack of checks and safeguarding meant that allegations of inappropriate behaviour were not found out until after the appointment was confirmed, leading to Mr Thomas resigning just days later.

Orlando Fraser has now been confirmed as the government’s Commission chair – another man with links to the Conservative Party.

This appointment plays into the grim, repetitive pattern of cronyism that overshadowed the appointment of the previous chair, Baroness Stowell, and that has hounded more recent public appointments. This “slapdash and unimaginative approach” to recruitment is at the heart of the Digital, Culture, Media and Sport Committee’s decision not to endorse the government’s second preferred candidate (who himself said he was surprised that the process had not been rerun when Mr Thomas pulled out).

Charities deserve better than this. We have repeatedly called on the government to hold an open, robust, and transparent recruitment process but they have failed to heed those calls.

Rather than rubber stamp the appointment, the culture secretary should reverse course and rerun the application process. If trust is to be rebuilt, this has to be done right, with references checked and a shortlist that reflects the diversity of those who work in and are beneficiaries of the charity sector. It should also follow the key attributes set out by NCVO and ACEVO. It cannot be another crony appointment by a government with a record for looking after their own rather than acting in the national interest.

Charities have been waiting for a new chair to be announced for over a year, leaving just an interim chair on reduced hours to manage the immense challenges facing the sector.

Everyone benefits when we have a thriving charity sector that is well-regulated. That is why government must not ignore widespread concerns across parliament, the sector and society.

Charities are a valued and vital part of our national life, working to improve communities, offer people opportunities, and bring our nation together. Labour believes that civil society are key partners in creating a better more prosperous Britain where workers, families and the sector are more secure. Advocating and campaigning is too important to be caught up in toxic political games.