Back to the frontline

Andrew Chaggar rounds up his governance-heavy year away from the frontline of disaster recovery, and divulges his latest adventure ahead. 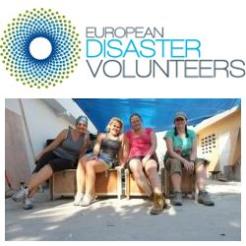 Andrew Chaggar rounds up his governance-heavy year away from the frontline of disaster recovery, and divulges his latest adventure ahead.

Christmas is less than a week away, and this means that I’ve been off the frontline for a full year.

Making the decision to withdraw our volunteers from Haiti last December was difficult. However, our rapid growth made it imperative that we took a step back and considered the bigger picture of our own organisational sustainability.

So, I’ve been based in the UK for the last 12 months where I’ve been working on, and blogging about, a range of back-office and restructuring tasks. This process has taken a lot longer than I’d originally hoped. So, one year later, I’m reflecting on what we’ve achieved and asking myself “has it all been worth it”?

One of my major tasks this year was a complete overhaul of our financial systems. As a small charity I do all of our management accounting and work with our independent examiner to generate our annual accounts. Last March producing our accounts for 2011 took me almost an entire month of full-time head scratching and fighting with spreadsheets.

In contrast, after the system overhaul, our recently-submitted 2012 accounts only took me a few evenings to generate. Score one for investing in our back-end.

Breaking up is never easy

Another major area we’ve been examining is our own governance. As I described in my June blog, our founding circumstances meant that a group of key individuals, myself included, were both governing and managing our charity on a day-to-day basis.

As I also discussed in that blog, this situation was increasingly causing problems and we made the decision to fully split our governance and management teams. So how have we done on that front?

Well, the full split will be a gradual process but last month we appointed our first new trustee and had a marathon meeting where we began delineating the relative responsibilities and interaction of the two teams moving forward.

This was a first, but critical, step forward and as one of the other trustees proposed, we use a RACI framework, to define who is Responsible, Accountable, Consulted or Informed about what. So I also left the meeting with a useful new tool I’d not previously encountered.

While there’s still a lot to do in relation to our governance our board has definitely been reinvigorated and communications between everyone are already much improved.

A third area we’ve been investing in is our charity’s marketing, which I blogged about last May. A big part of this has involved segmenting our supporter lists so that we can send communications which are targeted to people’s interests and circumstances.

One example why this is so important is that, despite our relatively small size, we have donors in 18 countries. Some 48 per cent of these are in the UK, but the USA isn’t that far behind at 40 per cent. Without the ability to send different communications to each group, you wouldn’t believe the amount of conversations we used to have around our end-of-year fundraising appeals.

Phrasing such as “Happy Holidays” which is used in the USA, and generally includes Thanksgiving, was arguably off-putting to our UK-based supporters. Conversely, we also use online giving platforms, like EasyFundraising which gives donations through online shopping in the UK, which aren’t relevant to our American supporters. As a result, our end-of-year communications were non-specific and much less engaging to everyone.

This year, with our supporter lists segmented, all of our communications are targeted in specific ways, including by donor country. Although we won’t know until January what the overall results are in terms of funding received, we do already know that engagement rates, measured in numbers of emails opened and “click-throughs”, are already up.

These are all good results without a doubt. However, at the end of the day we are a disaster-response charity and the success of the past year will ultimately be measured by how much more we’re able to do to support those living in disaster-affected or vulnerable communities.

Happily, we’ve recently had some good news on this front too. The Vodafone Foundation has just named us as a Grahame Maher award-winner and we’re going to use the funding to start up our next overseas operation early next year. As a result I’ll be heading to the Philippines where we’ll see how much difference these back-end improvements make to our frontline service delivery.