Anya Martin: The key findings from this year’s NCVO Almanac 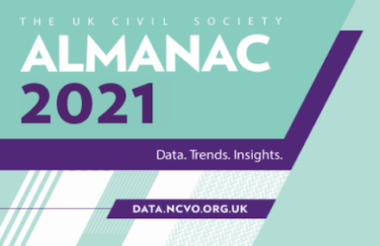 The 2021 edition of NCVO’s UK Civil Society Almanac, published today, provides a comprehensive overview of not only the facts and figures related to the voluntary sector but also the people who make it what it is. Although most of the financial data is based on 2018-19, this year we have worked to supplement it with more recent data to help readers understand the challenges that are currently facing the sector.

To create the Almanac a sample of around 10,000 charities’ annual reports were compiled, aggregated and weighted to match the sector. It is the authoritative resource for information on the voluntary sector’s finances and is even used by the Office for National Statistics. Here is a brief look at some of the latest report’s key findings.

A slight decrease in the number of voluntary organisations

Increase in the number of sector employees despite the crisis

As of September 2020, over 950,000 people work in the voluntary sector – a 3% increase on the year before, despite the pandemic and lockdowns. While it remains a smaller sector than public and private sectors at just 3% of the UK’s workforce, the voluntary sector has seen the fastest growth over the last decade, growing by 20% since 2010.

This growth contrasts with the private sector which experienced a 2% fall in employee numbers over the last year. The small size of the voluntary sector means that it cannot fully compensate for the job losses in the private sector however, it may have acted as a safety net for some of those who lost their job during the crisis. In particular, there was a substantial increase (6%) in older employees (50+) in the sector. The rise in numbers for this particular subset may be because there are more part-time positions available in the voluntary sector (35%) than public (27%) and private (24%).

While this growth in jobs was unexpected given the economic challenges caused by the pandemic, perhaps it suggests that the sector’s varied funding streams and the support packages for employers, such as furlough, helped to keep employment in the sector fairly buoyant.

Pre-pandemic, the sector’s annual income experienced modest growth at a fairly steady rate of 1-2% a year. In 2018-19 it reached a new record of £56bn, an increase of £800m on the year before.

However, this decrease has been partially offset by the increase in income from the generosity of the public. In 2018-19, income from the public grew by £1bn, which was mainly due to an increase in donations. The public remains the largest income source for the sector, representing 48% of its income. This income is accumulated from a variety of sources including donations and legacies, membership fees, and income from trading activities. While the sector’s income was growing pre-pandemic, early indications suggest that voluntary organisations will have suffered financially since due to the loss of trading opportunities including the closure of charity shops and cancellation of fundraising events.

There was also an increase of 12% in investment income, worth about £500m. This was evenly distributed across different investment streams including the renting of properties, dividend income and interest on deposits. The impact of Covid-19 on demand for property could see a decline in this source of income in 2021.

In 2018-19, the total spending of the sector stood at £54.2bn, an increase of 2% on the year before. The vast majority of the sector’s spending goes towards charitable activities (85%). The rest is divided between fundraising costs (14%) and governance costs (1%). On average, organisations of all sizes spent a similar proportion of their spending on direct delivery of their charitable purposes.

Staffing costs, some of which are accounted towards delivering charitable activities and some of which are accounted towards fundraising costs, constitutes 43% of total expenditure. This includes salaries, insurance contributions and pensions costs. As such, the increase in national insurance contributions is likely to impact voluntary sector organisations over the next few years especially given the rise in employment in the sector.

In 2020-21, 16.3 million people volunteered ‘formally’ through a group, club or organisation. This marks a substantial decrease on the year before, when 20.1 million people ‘formally’ volunteered. This drop in numbers is almost entirely because of the pandemic with many indoor activities having to close and a large number of older volunteers having to shield.

However, 2020-21 also saw a dramatic increase in the number of people involved in informal ways of volunteering– providing services to people who are not relatives or friends. In fact, about half the population volunteered informally at least once in 2020-21.

The impact of Covid-19 on the sector is still unfolding

It is still too early to determine the full extent of the impact of the Covid-19 pandemic on the voluntary sector. However, as organisations begin to make plans for the future, the Almanac can act as a useful reference point to provide insight into the state of the sector and inform future planning. As further implications of the pandemic unfold, NCVO will continue to monitor the sector’s response.

Anya Martin is research and insight manager at NCVO 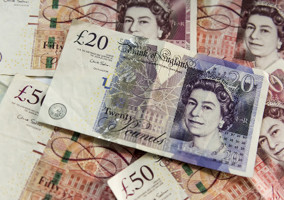 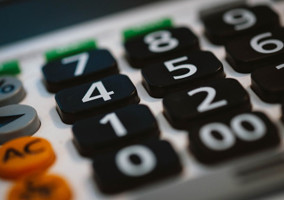 Lisa Hornung: The key findings from the latest NCVO Almanac