Anne Fry from VONNE (Voluntary Organisations’ Network North East) sets out the case for a Community Wealth Fund, and urges charities to join the coalition campaigning for it 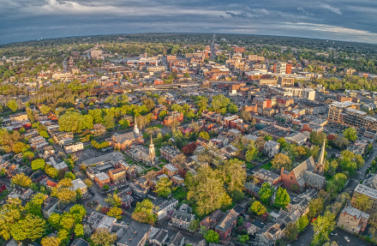 Across the country, the social fabric of our communities has become frayed. Residents in some neighbourhoods have become increasingly disconnected, both physically and digitally, and have seen their social infrastructure diminish, with civic assets such as pubs and libraries closing or significantly reducing services.

In 2019, research by Oxford Consultants for Social Inclusion (OCSI) for Local Trust identified 225 wards across England as being ‘left behind’ on the basis that they were amongst the 10% most deprived and lacking in social infrastructure and civic assets. These areas have worse socio-economic outcomes with regards to health, unemployment, educational attainment and participation in higher education than other equally deprived areas.

The North East, where VONNE works to represent the voluntary, community and social enterprise sector, has the highest percentage of any region of ‘left behind’ neighbourhoods, with 56 wards identified. The highest concentrations are found in former mining communities around County Durham and the Northumberland coast, and on the periphery of larger towns.

This is no surprise to us; the region has lower life expectancy and higher health inequalities than the rest of England, and figures from the End Child Poverty Coalition state that 35.31 per cent of children are living in poverty in the North East. In a report released by the End Child Poverty campaign just this week, eight of the ten UK local authorities that have seen the most striking recent increases in child poverty across the country are in our region.

We have also seen the impact of digital exclusion on our communities – the North East has the highest proportion of people who do not, or cannot use the internet (12.1%), and regionally, the people most likely to be affected by Covid-19 are also those most likely to be excluded from the benefits of digital connectivity.

We believe a new response is needed to support our communities in the North East and across England to enable them to flourish. VONNE is a member of the Community Wealth Fund Alliance, which supports the proposal for a new, independent endowment that will provide long-term investment in ‘left behind’ neighbourhoods. Crucially, communities themselves would make the spending decisions, with appropriate support provided to build their confidence and capacity.  This investment could greatly improve the prospects of those communities that have been hit hardest by the pandemic.

Our April 2020 Covid-19 impact survey, which captured the views of the voluntary, community and social enterprise sector, highlighted that impacts are felt most by vulnerable and disadvantaged groups in society, and this is likely to continue, which is why sustainable, long term funding, managed by local communities, is required to ‘Build Back Better’. The onset of Covid-19 also highlighted how important a strong local voluntary and community sector is when dealing with a national emergency, something which ‘left behind’ areas typically lack.

Local Trust recently commissioned Survation to undertake polling in ‘left behind’ neighbourhoods which found that in the last 12 months, the vast majority of respondents had not been involved in community groups, nor had they participated in voluntary activities in the same period.

When asked who should lead decisions about how the money is spent if a fund was set up to help provide more support to their community, a clear majority (54%) said local people, with a further 17% saying it should be local charities and community organisations. This supports the case for a Community Wealth Fund to provide residents with the confidence to take part in local decision-making and to take the lead in addressing the challenges that affect them.

Support for the Community Wealth Fund is growing, including amongst politicians both nationally and locally. Most notably, Danny Kruger MP recommended a fund very similar to the Community Wealth Fund in his recent report to the prime minister on how to support civil society post-pandemic. He called for greater resources and opportunities to drive social and economic change in ‘left behind’ neighbourhoods.

The significance of Kruger’s recommendation to the prime minister cannot be lost on us. The type of funding envisaged would provide the support that is urgently needed to redress the imbalances in the North East and across the country. Now is the time to push for the fund to become a reality, so that neighbourhoods across the country can thrive. 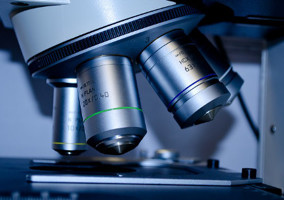 Henny Braund: After the Kruger report what next for the charity sector? 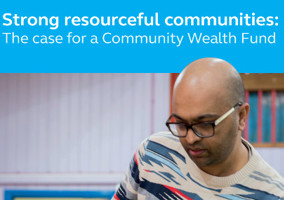