How and why charities are making the most of social media

Kate Plummer looks into how and why charities are using social media, which platforms they have chosen and what the challenges might be. 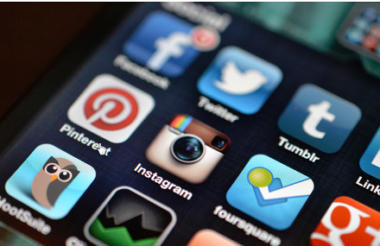 There is little doubt that social media is becoming interwoven with nearly every aspect of our lives. Charities are using social media more and more to reach new audiences and there is no shortage of advice from umbrella bodies, agencies and others to help fledgling tweets leave the nest.

We looked at the social media profiles of the charities that feature in the haysmacintyre / Charity Finance 100 Index, which ranks the UK's largest charities based on a three-year average income, to see how they use different networks and who they reach.

The next most popular platform is Instagram, with the top charities amassing an average of 88,999 followers. After this, charities use YouTube, with an average of 27,777 followers and LinkedIn, with 20,393.

See below for charities with the largest following across different platforms.

Charities are using social media for a number of reasons. Cecilia Dominici, head of social media, news and content for Cancer Research UK says that the charity uses social media to inspire their audiences to take action in real life by fundraising, or writing to their MPs.

She says they want audiences trust Cancer Research UK as an authoritative source of information. To do so, CRUK provide “current, relevant and important news and analysis” on a range of platforms.

Meanwhile, Chris Gornell, senior social media manager at Macmillan Cancer Support, says social media is for communicating with the charity's beneficiaries. “The first purpose of our social media channels is to communicate with, and support people living with cancer,” he says.

Social media can help charities meet these aims in innovative ways. Richard Evans, deputy director of marketing and communications at blood cancer charity, Bloodwise says that before social media, it was hard to communicate with supporters directly and communication had to go through the media, so had to cater to their interests. In contrast, social media “allows you to talk on your terms,” he says.

Through his personal website, One Riot, Evans has been following charities with the largest followings on different social social media platforms. He has found that in 2018 Mind was the fastest growing charity on Twitter, with an increase of over 60,000 followers. Over on Facebook he found that WWF added the most followers last year, increasing its number of likes by 138,769.

Ian Hurlock, director of customer experience at Lightful, a social media management platform for charities adds that social media allows charities to “be more creative while reaching goals” while allowing the audiences to respond to the charities, share their experiences, It’s “not a one way street,” he says.

Often, they also post infographics and videos, human interest stories accompanied with a photo of the person, and events that the charity is hosting.

Some charities use positive storytelling to share the effects of their work or the people that they are helping. For instance, Oxfam profiles volunteers with short videos about their work with the charity. Others, like Save the Children, use the platform to share negative news articles about issues, to raise awareness.

Fundraising charities also share a link to donate to the charity, and charities for instance Oxfam have a tab featuring a shop. Twitter is used in a similar manner, although charities can take advantage of hashtags to drive traffic to their content.

When choosing the platform to use, Hurlock says charities should think about their audiences; which audience is using what platform and what content resonates best on each. For CRUK, Dominici says that Twitter works best for news and Facebook, YouTube and Instagram are best for stories.

Charities appear to have an on-off relationship with Youtube. Often charities post a few videos within a short time frame, then have months without uploading. Even if a channel has many subscribers, videos posted by charities only receive a few thousand views.

This may prove to have been a wise move. In documents revealed in a court case at the end of last year it was revealed that social media platforms could have been overstating the importance of video, leading some media organisations regretting the "pivot to video".

Lack of content on YouTube is not a significant cause for concern for Cancer Research UK. Dominici says: “It’s not about the number of pieces of content we publish, but ensuring each is delivering on its objectives and resonating with the relevant audience,” she says.

“Our aim with YouTube is to publish inspiring stories as well as useful content that is easy to find and answers commonly asked questions. With that in mind, we take the quality over quantity approach”.

While some charities use LinkedIn to communicate their messages, most charities use the platform for more corporate communications, to showcase what the charity is doing as a company, as well as to advertise for jobs.

When it is used to communicate the cause, it is done with a more serious tone  than Facebook and Twitter.

Dominici says: “Linkedin is becoming more and more important for us, in particular from an employer brand point of view.”

Unsurprisingly, given the nature of the platform, content on Instagram is image driven, with charities often using infographics. Perhaps because of the younger audience, the tone is also more light-hearted and chatty.

Charities share “happy new year” cartoons and photos of their staff. Museums and galleries like the Tate Gallery use it to showcase their exhibits.

Gornell says: “Currently Instagram and Instagram Stories are performing well. Through this platform we can reach a slightly younger audience which is important”.

Dominici agrees. Speaking about Instagram stories she says: “When the format first launched we weren’t sure how our followers would react to the change in information delivery. After testing different types of content however, we noticed that our supporters were really engaged by short form, digestible news content. The ‘swipe up to read more’ function also proved a great way of directing audiences to the Cancer Research UK blog where we expand on these stories and share more detailed information.”

Yet whatever the good it can do for charities, social media is not without its problems. Dominici cites fake news as worrisome. She says that “misinformation is a very concrete risk” as it “damages people’s confidence in where to access important and necessary information in the first place.”

Meanwhile, Hurlock said charities often use the same techniques repeatedly without measuring their impact. He said that charities need to use a “reflective and analytical mind-set” to learn from their experiences. They also need “clear objectives” with goals about the numbers of followers they have as sometimes they prioritise numbers above anything else.

Evans says another consideration is how to staff the accounts, with many people accessing social media outside of office hours when charity staff have long logged off. Social media, after all, is perennial.

And so is its progress. Evans says a challenge for the future will be spotting the new trends and opportunities for charities to champion social media but not getting drawn into fleeting ventures. He says the key is “not to be such an early adopter that your chasing things that never take off but to be an early enough adopter that your relatively early on the scene for the things that are here to stay”.

Charities with the largest following across different platforms 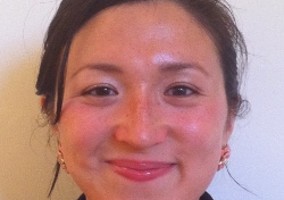 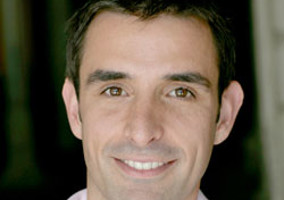