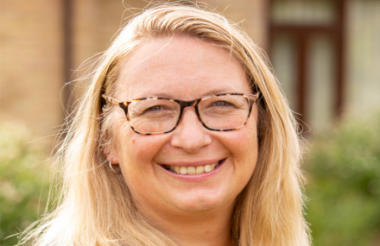 St Elizabeth Hospice has appointed of Judi Newman as its new chief executive, taking over from Ru Watkins.

Newman previously served as development director at the hospice and has more than 25 years of experience working in the charitable and public sectors in local, including spells at Oxfam and Research Autism.

She said: “There is hardly a family in East Suffolk who doesn’t have a relative, loved one or friend who has received support from St Elizabeth Hospice, or knows others who have.

“I, myself have known friends who have received its care and I have seen the importance of the dedication and personalised care that the hospice staff provide and what it means to the whole family, including the bereavement support that is available.”

Three new trustees were elected by the Chartered Institute of Fundraising's (CIoF)'s members last week as part of its annual general meeting. They are Rebecca Mansell from Sense International, Kerys Sheppard from Shelter Cymru and Matt Parkes, a Diocese of Westminster.
Five trustees stepped down at the AGM. They were Claire Rowney, Carol Akiwumi, Sarah Bissell, Emma-Louise Singh and Ian Wilson.
Trustees also named Nadine Campbell interim chair. She will stay in post while an open recruitment process for a new chair takes place.
Kelvin Hopkins was appointed vice-chair and Rohan Hewavisenti was re-appointed treasurer by his fellow trustees.
Meanwhile, Isobel Michael will take up the new role of safeguarding and whistleblowing trustee.

Young Women’s Trust has appointed Caroline Bernard as its new director of communications.

She brings 15 years of experience leading policy and communications in non-profit organisations, including at NHS Providers and Homeless Link. Bernard has also been a trustee at Advocacy Plus, Enfield Carers’ Centre and the Fawcett Society.

On her new role in shaping communications at Young Women’s Trust, she said: “I am delighted and excited to be joining the Young Women's Trust at such an important time. The pandemic has impacted women across the board, and young women on low or no pay face particular challenges.  I look forward to being a part of the movement with the YWT team and the young women they work with, to ensure that no young woman is left behind.”

She will succeed Karen Jaques, who moves into a new position of senior regional vice president for Africa after five years in the role of chief executive, OSUK.

She said: “I’m immensely honoured to move into this role, and greatly look forward to working with the trustees, staff, and volunteers in the UK, and our colleagues and partners overseas as we continue to overcome inequalities in access to surgical care around the world. There is so much to do, and so much that we can and will do together for children born with cleft conditions.”

UK for UNHCR, the UN Refugee Agency’s national charity partner for the UK, has appointed Charlotte Boyle as its new chair of trustees, alongside Mevan Babakar and Claire Hajaj as new trustees.

Boyle has more than 20 years of experience in professional services and serves as a board member for a wide range of companies, including Coca Cola HBC, Capco plc and Knight Frank LLP.

She said: “I have been committed to supporting refugees since spending time in Jordan in 1989, and most recently through Alfanar’s refugee projects in Lebanon and Egypt which have only deepened this resolve. I look forward to working with UK for UNHCR to raise vital support in the UK for those around the world who have been forced to flee their homes.”

The board will also welcome two new trustees. Mevan Babakar was a refugee for five years as a child after fleeing Iraq with her family during the Gulf War. She was the founding head of Full Fact’s automated fact checking team.

Claire Hajaj is policy director at Inter Mediate, a published author and a specialist in conflict and post-conflict dynamics. She has nearly two decades of experience of working to mitigate conflict, including working with the UN in some of the world’s most complex settings, such as Lebanon, Kosovo and Nigeria.

Scleroderma and Raynaud’s UK (SRUK) has appointed Elliot Dunster, executive director of corporate affairs and Devolved Nations for the Association of the British Pharmaceutical Industry (ABPI), as a trustee of the charity.

Dunster, whose mother lives with both scleroderma and Raynaud’s, said: “I am delighted to be joining SRUK. My mum is one of the 19,000 people in the UK who live with scleroderma, so I know first-hand how this condition can affect people’s lives.

“There’s a huge amount for me to learn from the SRUK team and the other brilliant trustees. I hope I can bring some of my own experience to the table and am looking forward to getting stuck in."

Dunster has a background in advocacy, communications and policy development, having previously worked for the disability charity, Scope.

Jaksch, a policy expert, is chief operating officer and head of sustainability at the not-for-profit think tank Policy Connect.

Jaksch said: “Copy is an inspiring new organisation, focused on driving collective action to address the climate crisis. My experience of engaging government, civil service, parliamentarians, businesses, academia and the third sector in issues around sustainability policy has led me to realise that this collaborative approach, where all parts of society are involved, leads to greater, more long lasting impact.” 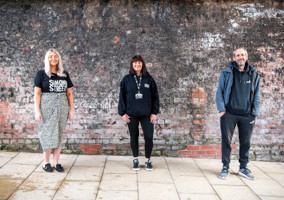 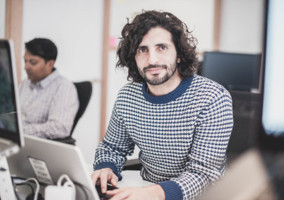 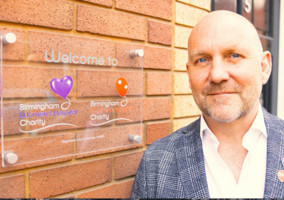