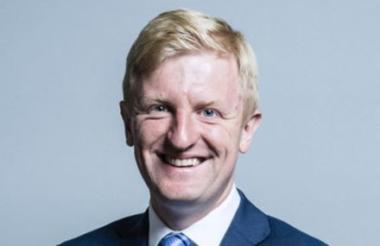 This year’s coronavirus crisis highlighted how little the government understood the charity sector, the Cabinet minister responsible for the sector said yesterday.

Oliver Dowden, culture secretary, was speaking at the launch of the Law Family Commission on Civil Society, and praised the sector’s efforts to produce better data. This will help the government to support the sector better, he suggested.

He also explained how recent changes to the Office for Civil Society (OCS), which sits within the Department for Digital, Culture, Media and Sport (DCMS), would see the OCS play a less of a delivery role, and focus on linking up key stakeholders.

Dowden also set out the government’s main priorities for the sector, which are about making it easier for people volunteer and unlocking new sources of income.

‘Without understanding the sector, we can’t support it effectively’

Dowden was enthusiastic about the launch of the two-year project, which has been convened by Pro Bono Economics. It aims to identify a number of practical ways that civil society’s contribution can be better understood and valued.

A report and essay collection was published yesterday to coincide with the launch, which highlighted that, according to PBE’s estimates, volunteers contribute £200bn to the economy in gross value added. This is 12 times the official estimate.

Dowden said: “The early stages of the Covid crisis showed that Whitehall didn’t know as much about civil society as we thought we did. Where the volunteers were, which charities were best placed to step in and support public services, and what the real picture of its financial health was.”

He added: “That matters, because without that understanding we in government can’t be as effective in supporting the sector or making the most of what it has to offer.”

A new approach for the OCS

Last week the spending review document revealed: “The government will achieve efficiencies in the Office for Civil Society by rationalising work to better deliver the government’s priorities for the sector.”

At the time DCMS and the Treasury were unable to offer any clarification about what this meant, and sector figures voiced concerns. However, yesterday Dowden said the aim was for the OCS to be less of delivery arm, and focus on strategy.

“I have made it a priority for my department to build up that knowledge [about civil society], bringing in new skills and tools in order to do so,” he said. “This was an important part of our settlement for the Office for Civil Society in the recent spending review, and I hope to see it bear fruit in the coming months as we take a different approach.”

Responding to a question, he explained that his vision was for the OCS to play a linking role between key stakeholders in government and with the sector.

This means moving “away from delivering a small number of patchwork projects” because it “can’t compete” with other departments such as health and communities.

‘I know how hard civil society has been hit’

Dowden told the audience that he understood charities had faced a difficult year.

He said: “I know how hard hit civil society has been by the crisis – unable to fundraise face-to-face, unable to open charity shops, cafes and other retail outlets – especially at a time when the public has looked to the sector for frontline support more than ever.”

He also said he recognised that there has been a “collective failure to properly value what civil society delivers”.

“That was the first sector-specific financial intervention my department sought, and one of the first the Treasury granted across the entire economy. It was by far the biggest package of its kind in Europe, and a signal of our clear commitment to the sector,” he said.

In March NCVO estimated that the first 12 weeks of the pandemic would cost the sector £4bn. Since the £750m package was announced several charity leaders have complained that after the money took too long to reach the intended recipients.

Dowden described how the “wider context for civil society has shifted” with a “surge of goodwill in our communities”.

He said the challenge now was to “capitalise” on that “and make sure the epidemic of kindness we’ve witnessed in the last 12 months lasts far beyond this pandemic”.

Dowden added: “I strongly believe, as your report rightly highlights, that there is huge power in civil society, and that it should be the government’s job to unlock it – not try to replace it, or end up stymying it.”

He also spoke about the “digital deficit” in the sector and said he hoped that “one of Covid’s positive legacies could be the way it has helped digitise the sector for the long-term”.

Another way he thinks government could help is to make it easier to switch volunteer roles, by not requiring people to undergo stringent vetting if they move to a new area to “make sure the pandemic spirit of volunteering lives on long beyond this crisis”.

He said DCMS was looking seriously at a suggestion put forward by Danny Kruger to create a volunteer passport.

Dowden said his department was exploring ways the government could encourage more giving because there is a “philanthropic deficit”.

“While the UK is undoubtedly a generous nation – and we saw that in abundance throughout the pandemic – we lag behind countries like the U.S., to the equivalent of an estimated £45bn a year,” he said.

As part of this Baroness Barran, minister for civil society, “is doing some very important work on leveraging finance”, he said.

This includes setting up two match-funding partnerships during the pandemic: the Big Night In and the Community Match Challenge.

Dowden also said the sector could also expect an announcement on the next steps to expanding the UK’s Dormant Assets Scheme “very shortly”.

‘Important questions about the National Lottery’

Finally, Dowden hinted at plans to shake-up the National Lottery.

“We also need to ask some important questions about the National Lottery,” he said.

“It was established in 1996 and it has undergone only one real change since then, when a Labour government changed the way funding was distributed.”

Ahead of a comprehensive spending review, now expected next year, he said he wants to “review where that balance lies”.

“During this pandemic we’ve seen how valuable organisations like grassroots sports clubs are in their communities. I want to see how we can best use those kinds of existing organisations to help communities, so that we make the most of our strongest assets on the ground,” he said.