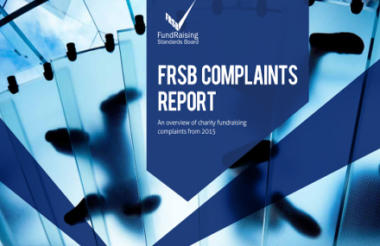 Nearly two-thirds of all complaints made to FRSB members were generated by just 15 charities, according to the Fundraising Regulator’s most recent annual complaints report.

According to the Fundraising Standards Board Complaints Report 2016, published by the soon-to-be-defunct Fundraising Regulator today, some 62 per cent of the 66,814 complaints received by its members in the last 12 months were generated by just 15 member charities.

Charity fundraising complaints to the FRSB as a whole rose by 6 per cent in the last year compared on a like-for-like basis with the results from the 2015 annual report. The 66,814 complaints were made across all fundraising methods.

The above data included almost 12,000 complaints that were “logged by charities that reported to the FRSB for the first time” in the last financial year.

As a whole, the FRSB found that so-called ‘major’ and ‘large’ charities – those with incomes of over £10m and between £1m and £10m respectively – accounted for around 95 per cent of the total fundraising volume share and a similar proportion of complaints.

Nine out of ten small charities recorded no complaints about their fundraising activities in the last financial year. Micro-charities – those with incomes of under £10,000 – accounted for around 0.04 per cent of total fundraising volume.

The FRSB also found that more than a third of all complaints were attributed to “a general dislike of a fundraising technique”. This was “particularly prominent for phone calls, but also a notable concern for gaming (eg lotteries) and SMS fundraising”.

Other reasons given for raising a complaint were “poor use of data, execution or fulfilment of the campaign and the frequency of approaches” received by the public.

Of the over 60,000 complaints received by the FRSB, the vast majority were resolved by the charities themselves. Only 28 complaints were escalated beyond the first stage of the FRSB’s complaints process, with only a further seven going on to the third and final stage of the process. Of those seven complaints which reached the FRSB’s independent board, four were upheld.

Commenting on the findings in the report, Andrew Hind, chair of the FRSB, said: “2015 was a turning point in the relationship between charities and the UK public.

“During the year, the sector made many improvements to fundraising standards and a new regulatory structure is to be launched later this week.

“But in the end, charity fundraising will only achieve its potential and public trust be fully restored if charities ensure that their future fundraising is undertaken in a way which always commands the respect and approval of their supporters and the general public.”

The 2016 report is the last time the FRSB will publish an annual complaints report. Its role as the regulator of fundraising is to be taken over by the new Fundraising Regulator, which will officially take over from the FRSB on Thursday.

“As we pick up the reins for regulating charity fundraising later this week, we recognise the critical importance of identifying and addressing concerns from the public. This will remain a key focus for self-regulation of fundraising. Without that overview, charities cannot rebuild public confidence in their work and restore trust in the way that essential funds are raised.”

Peter Lewis, chief executive of the Institute of Fundraising, said: “2015 was a difficult year for fundraising and in response we have seen the sector taking rapid action to address the public concerns which came to light.  These actions – a stronger Code of Fundraising Practice, more engagement with supporters to check how they want to be contacted, reviewing and improving fundraising practices, and supporting the set-up of a new, better resourced Fundraising Regulator – have set the sector on the right path.

“At the IoF, as part of our anticipated merger with the PFRA, we are about to launch a new service to help our members comply with the Code, and are further developing our extensive training programme to help raise fundraising standards further.

“It is also important to note that figures for the last year show that existing donors are choosing to continue to support the causes they care about.” 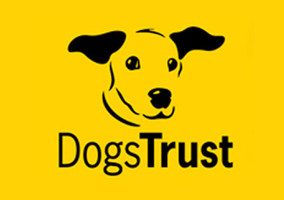