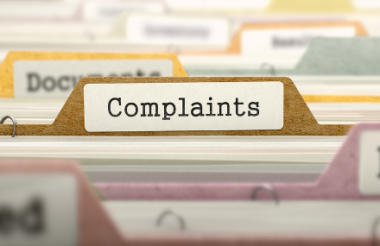 Over two-thirds of the largest fundraising charities saw complaints decrease after a dip in fundraising activity during the pandemic.

Civil Society News tracked complaints at the 50 largest fundraising charities over three years (2018-19, 2019-20 and 2020-21) to uncover the effect the pandemic had on fundraising complaints.

Charities must include a fundraising statement in their annual reports. This statement should include information about how they fundraise, how they protect vulnerable people, how they monitor third parties, and how many complaints they receive.

However, a third of the 50 charities surveyed saw an increase in fundraising complaints over the three year period. Charities told Civil Society News this was for various reasons – including receiving an influx of attention to its cause over lockdown.

Macmillan most complained about charity

According to the charity’s accounts for the financial year ending in December 2020, it has a total income of £194m, down from £232.8m in 2019. It is the fourth largest fundraising charity in our sample, with voluntary income making up £169m.

Macmillan groups fundraising complaints with marketing and communications complaints in its annual report. In 2019 it received 5,617 of these complaints and 4,486 in 2020.

“In 2020, there were 10,030 expressions of dissatisfaction on social media about our products, services or our policies,” the charity’s 2020 annual report reads.

When asked about fundraising complaints, specifically, Macmillan said that for the period April 2020 to March 2021 it received 2,144 complaints, less than half the 5,288 the previous year.

The most fundraising complaints the charity received were in regards to its Go Sober events.

Janine Windust, director of customer and marketing plan at Macmillan Cancer Support, said: “We include any ‘expression of dissatisfaction’ on our owned social media and paid for advertising as a complaint – including comments not asking for a response.

“We have found our social media advertising and posts to be effective in reaching larger audiences, which is also why we see a high number of complaints compared to other areas of fundraising and, indeed, other charities. Different charities log complaints in different ways so it’s difficult to make clean comparisons, and why we have higher numbers of complaints in some areas.”

Top 10 most complained about charities

Among the most complained about charities were The Woodland Trust and Cancer Research UK.

The least complained about charities in our study were, in ascending order, Westminster Roman Catholic Diocesan Trust, The Prince's Trust, Cats Protection and MS Society.

This increase in fundraising complaints may be due to the negative media coverage the charity received last year. In July 2021, RNLI experienced backlash for rescuing refugees at risk of dying as they crossed the Channel. Former UKIP leader Nigel Farage called the charity a “taxi service for illegal immigration” because of it. Abuse from donors followed, with some supporters of the charity saying they would cancel their donations.

This is the Ramsgate lifeboat today, rammed full.

Sadly the wonderful RNLI in Kent has become a taxi service for illegal immigration, to the dismay of all involved.

What a state of affairs. pic.twitter.com/udqBi7ZVlW

“We saw only positive feedback for our events as we moved to a virtual offering which allowed more supporters to take part.”

Last year the RNLI told the Guardian that this increase in attention from Farage had actually led to a spike in donations. In one day it raised £200,000, which is around 30 times its normal average of £6,000–£7,000 per day.

Westminster Roman Catholic Diocesan Trust (WRCDT) was the least complained about charity. It received 25 complaints in 2018, eight in 2019, six in 2020 and one fundraising complaint in 2021.

A spokesperson from the WRCDT told Civil Society News that there are  “a number of factors” that influence this.

They added: “For example, 70% of fundraised income is via the parishes, which are effectively local community groups where people get to know each other over time, and the ‘ask’ is really an open invitation.

“Having said that, we do use addressed fundraising appeals too, for our central appeals, and have actually doubled the number of items sent out over the past four years. I think the decrease is due to having introduced a new feedback-led fundraising strategy in 2019, which has also led to more income. In our supporter magazine, Mosaic, we always include a form inviting comments, some of which we publish. This seems to have built trust with supporters.”

Cancelled fundraising events led to a sharp fall in complaints at the British Heart Foundation (BHF). For the year ending March 2019 it received 1,374 fundraising complaints. This halved the following year to 618 complaints, then plummeted to 139 complaints in 2020-21.

BHF told Civil Society News that a reduction in events, community field activity, face-to-face and other public fundraising events during the pandemic vastly impacted its number of complaints.

A spokesperson said: “The pandemic has been the biggest challenge in our 60-year history, with a seismic impact on our net income. As face-to-face fundraising activities and events were cancelled – including our flagship London to Brighton Bike Ride - our funding for life-saving medical research into cardiovascular disease was slashed in half in 2020-2021.”

Indeed, BHF’s total income fell by £65m between March 2020 and March 2021. In an effort to regain its fundraising income, the charity created virtual events such as MyMarathon, MyCycle and MyStepChallenge.

A spokesperson from Age UK said that the charity has improved reporting processes, which accounted for the charity's increase in complaints.

They said: “We count any comments that are negative in nature even if they are small and shared in good faith, such as one-off administrative issues, like having difficulty registering online for one of our events. We really value this feedback as it helps us to identify any improvements we could make.”

In its latest annual accounts, Age UK accounts read: “In 2020, we saw unprecedented levels of support from new and existing supporters in response to our Coronavirus Emergency Appeal.” Thus, suggesting that this uplift in support could be another reason for the increase in complaints.

Tearfund originally featured in the list of charities which received more than 1,000 fundraising complaints. However, Tearfund said it had incorrectly published the total number of complaints (1,889) in its 2018-19 fundraising statement, instead of the fundraising-related figure only (687). This is pretty much stable compared to the year before (671). Tearfund has since amended the annual report on its website. 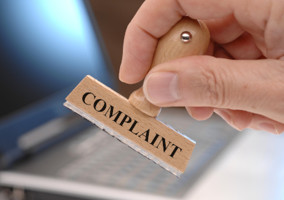