Three directors of children's charity Kids Company have resigned in the last two months, allegedly over doubts about the charity’s future. 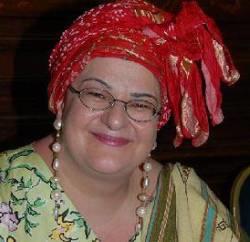 Three directors of children's charity Kids Company have resigned in the last two months, allegedly over doubts about the charity’s future.

Camila Batmanghelidjh, chief executive and founder of Kids Company (pictured), said in a statement to Civil Society News that the resignations are a result of “conditions of extreme stress” within the organisation as a result of funding difficulties.

“In conditions of extreme stress, when our funding is unpredictable, some staff can find the stress intolerable,” she said. “The other eight directors of the organisation are still with us, including our finance director who is on maternity leave.

"Many of them have been with the organisation for more than six years, whereas the directors who are leaving have been with us for two years or less.”

However a report yesterday in the Mail on Sunday quoted "a source close to the directors" as saying that the resignations were a "direct result" of concerns about the way the charity is run.

The newspaper said the departures are a result "of these employees’ doubts about the future of Kids Company", and that they followed a failure of trustees to take action after the three directors complained.

"The trustees were told of their doubts but they don’t seem to have reacted at all," the newspaper quoted its source as saying.

The charity was set up in 1996 and currently supports 36,000 vulnerable children in London, Bristol and Liverpool. It boasts a range of celebrity backers, including Coldplay, Sir Richard Branson and JK Rowling and has received around £30m of public money since 2008. But it has faced criticism in recent weeks over alleged mismanagement of donations.

Kids Company's income stood at £23m in the year to December 2013, but last month Batmanghelidjh said its future funding "is still not clear" and that it could have to close without further funding from the government.

Last month the Spectator magazine published an attack on the charity, saying it was a “drain on donations that might otherwise go to better causes” and calling for a “review of its activities”.

According to the Spectator, civil servants in the Department for Education tried to cut its funding, only to be personally overruled by Prime Minister David Cameron.

"I have never, before or since, felt more unsafe, less cared-for and more destabilised at work," she wrote in a blog. "The workforce really is as diverse as the charity suggests. But they were not collectively a wholly welcoming bunch, nor was their conception of professional boundaries of the kind you might find in ordinary working environments.

"Intense personal disclosure was normal. Violent altercations between staff members were not unknown."

At the time Camila Batmanghelidjh said the Spectator article, was "entirely inaccurate and untrue" and that the charity was regularly audited, it has evidence of its effectiveness from independent audits and that no concerns had been raised with the Charity Commission.

Batmanghelidjh said today that the charity was “being briefed against” with unfair criticism.

“Clearly, whilst we are having constructive discussions with government we are also being briefed against, and we’re not sure why,” she told Civil Society News. “What is very evident is that, at no time, has the Department for Education suggested to Kids Company that we are poorly managed or run. All our discussions have been around lack of funding versus an unacceptable caseload, which is predominantly serious child protection and child and adolescent mental health concerns.

“Our staff increase reflects a new contract awarded to us and paid for by Bristol City Council for the education of some of their most vulnerable children. In 2014 we passed a financial audit of the organisation, with the audit report being exceedingly good whilst acknowledging that we lack funding. This audit was paid for by the Cabinet Office in preparation for renewing our grant."

According to Batmanghelidjh, further research carried out by The London School of Economics and the Tavistock and Portman NHS Trust, indicated a "high job satisfaction amongst staff and volunteers" with "staff and volunteers strongly committed to the organisation and to the work they do".

Lloyd and Stones are currently working a three month notice period, according to a spokeswoman for Kids Company.