Speaking at Civil Society Media's Fundraising Live conference last Thursday, Paul Amadi said the sector was at “a critical juncture” due to “a paradigm shift” that is challenging fundraising.

He said developments in technology have led to “ever-rising consumer expectations in terms of ease transparency and immediacy of use" and that there has been a growth of alternative giving channels such as crowdfunding that are bypassing traditional charities.

He also noted that the changes brought in by General Data Protection Regulation (GDPR) have had a significant impact on how charities connect with supporters.

To mitigate against these risks, Amadi called on charities to adopt a “supporter engagement” model of fundraising, suggesting that this was an “adopt or die moment”.

The approach focuses on building relationships with individual supporters and creating more personal communications, something that Amadi said would make the sector move away from a “volume based” and “transactional” approach to fundraising.

He also advised the sector to reach out to a growing demographic of younger givers.

“We need to find ways to engage with them as early as we possibly can,” he said.

Despite these challenges, Amadi said that there are also opportunities for fundraising to prosper, saying that the “generosity of the British public” means that the same amount of charitable giving has been sustained for a decade.

'Ideal charity' would spend 42 per cent of income on campaigning, fundraising and 'running costs' 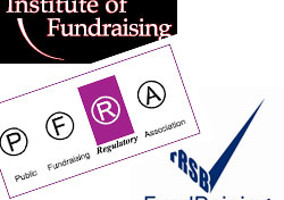